The Many Faces of the Walnut – Up close and personal

The walnut trees are flowering now. You might blink and miss the event though. The dangling male catkins don’t last all that long, especially if the wind gets up at all. The female flowers are tiny, opening at the ends of the spurs or tips. 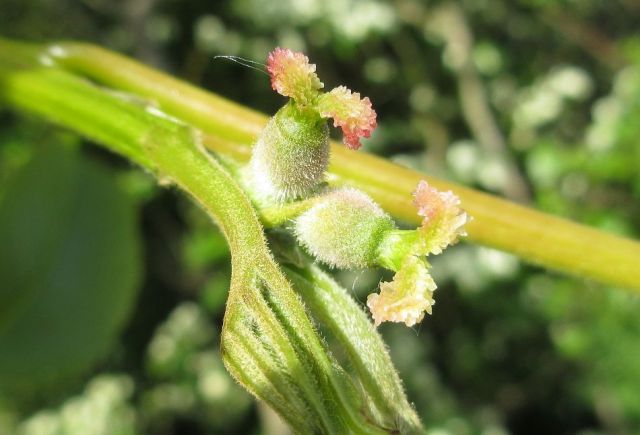 They are tiny, but cute, with sticky, bunny-ear-like stigma. They typically appear in small clusters (2-5 nuts) on the English walnut, Juglans regia. 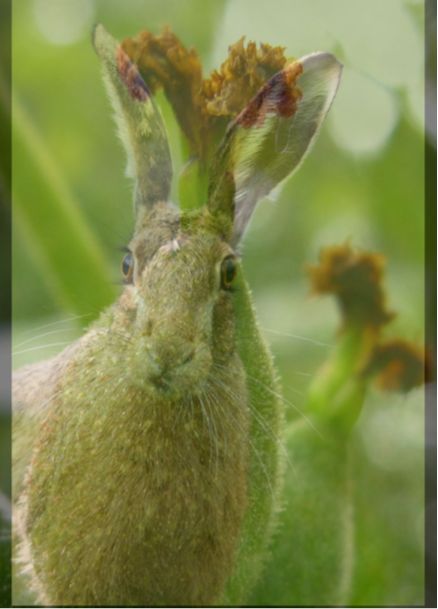 The sticky stigma are reminiscient of rabbit ears

I have one (an English walnut) in the corner of the garden where its toxicity (Juglones) affects nothing. It was grown from seed about 12 years ago and it flowered for the first time two years ago, when we cropped 2 walnuts. Last year there were a few more, but this year it is currently looking like it will be a good crop. (We will forget about the squirrels for now.) Of course, it only takes a frost and all could be lost for the year. Walnuts are extremely vulnerable to frosts and tend to flower just as the last of the frosts occur. Their pretty red-tinged leaves blacken and the flowers are knocked right off. Over the years, cultivars have been breed that come into leaf just that bit later and therefore tend to have more reliable crops. Broadview, Buccaneer and Rita are all fairly self-fertile and are recommended for the English climate and moderate sized garden.

But it is the Japanese and Chinese walnut species that have the most dramatic flowers and these tend to be grown in England only as part of specialist or national collections (e.g. Wimpole Hall in Cambridgeshire or Northwick Estate, Gloucestershire). They are certainly not grown for their nut crops, which are often sparse and small.

The Chinese walnut, J. Mandschurica, tends to be a spreading tree and has very long catkins, (~30cm) hanging down like chains, while the female flowers appear on spikes and have red sticky stigma. 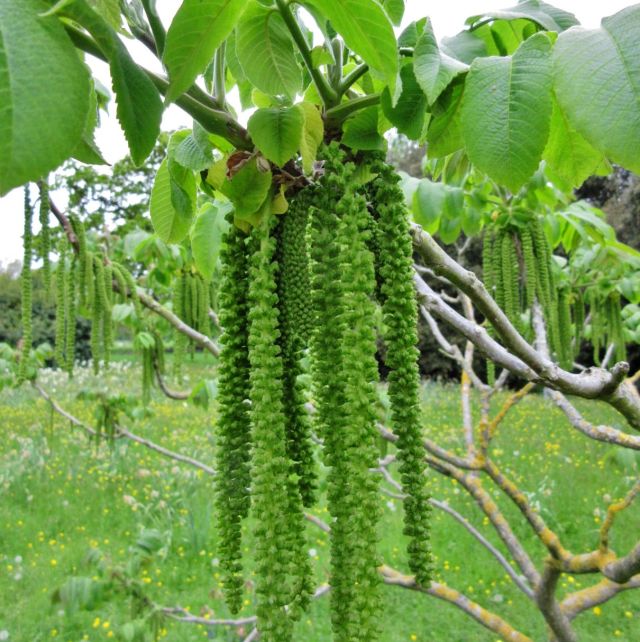 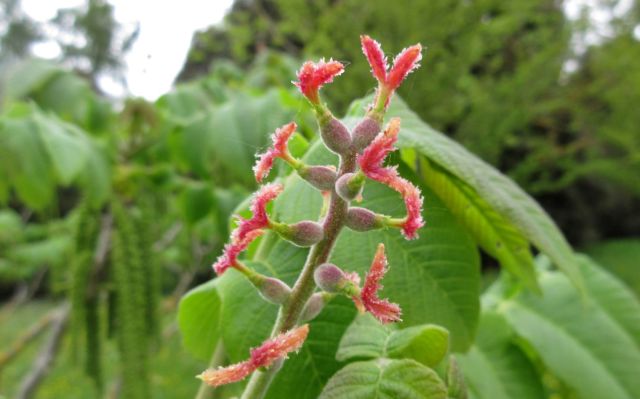 The Japanese walnut, J. ailanthifolia, is more upright, but still has an open form. Again the catkins are long and the flowers (and ultimately nuts) appear on spikes. 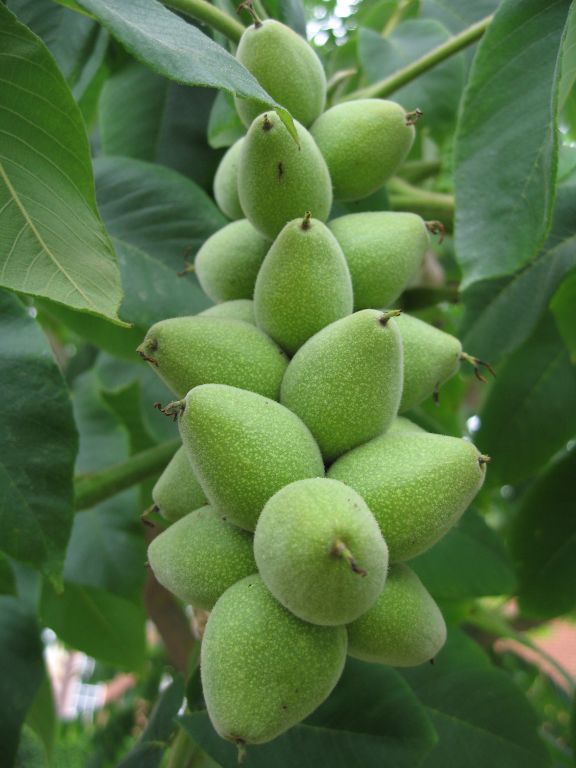 My favourite is the so-called Heartnut, J. ailanthifolia var. cordiformis, which produces the most pretty, small, heart-shaped nuts. 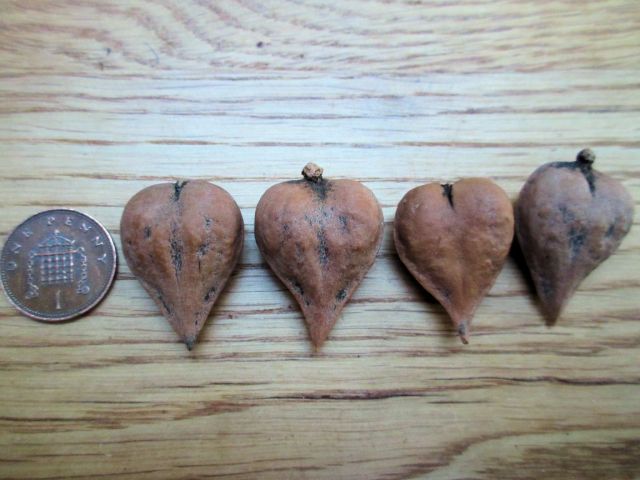 If you’ve not seen these flowers before, it might be worth give a walnut tree a close look right now.

And while you are at it, check out the money-faced leaf scars!

Living in the damp middle of nowhere
View all posts by Frogend_dweller →
This entry was posted in Nature, Trees, Wimpole Hall and tagged Flowers, Juglans, National Collection, Walnuts, Wimpole Hall. Bookmark the permalink.