Last weekend we visited the ‘Open Garden’ at Madingley Hall, Cambridgeshire. It was a miserable day weatherwise, so it was unusually empty and it felt like we had the run of the place. The grey skies served to exaggerate the contrasts of the patchwork building, manicured lawns and overwhelming, large dark topiary shapes dotted around. 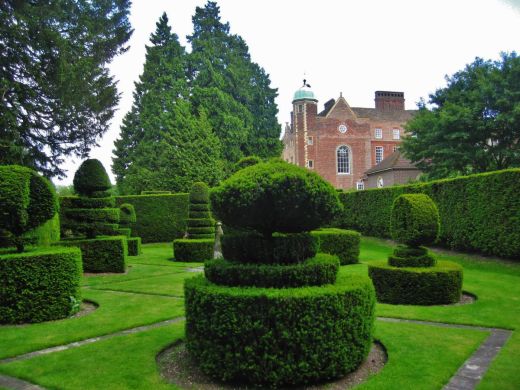 Madingley Hall, on the outskirts of Cambridge, was a Tudor manor, re-styled as a Baroque mansion and now re-formed as a University conference venue. It is said to be haunted by the ghost of Lady Ursula Hynde, wife of John Hynde, who built the original house (partly by pulling down and re-using bits of a nearby church – hence the haunting). 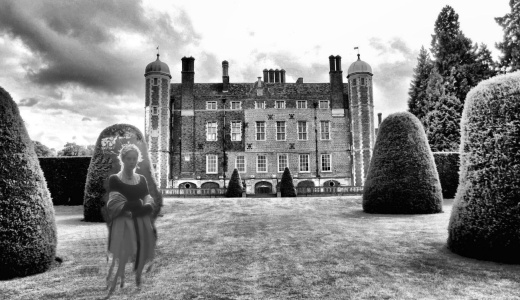 The Hall is surrounded by formal gardens and naturalistic parkland (yes, Mr Lancelot Brown was here) that are open to the public at least once a year as part of the National Gardens Scheme (usually May/June). They are well worth a look. 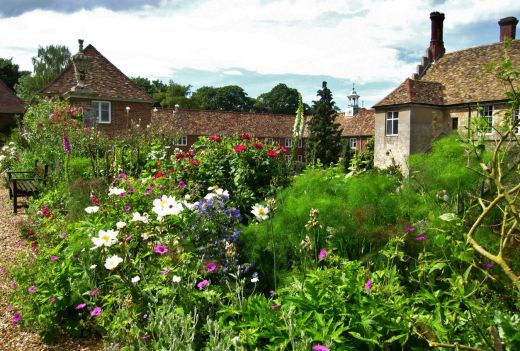 Looking across the courtyard garden from the walled garden

A Kip etching from 1705 depicts a formal, Dutch-style garden to the north and east of the Hall, but this was largely swept away in 1756 by Brown’s landscaping, only to then be partially replaced in the early twentieth century by formal gardens (a croquet lawn and pool/fountain) near to the house. This particular area has a very ‘Alice in Wonderland’ feel to it. 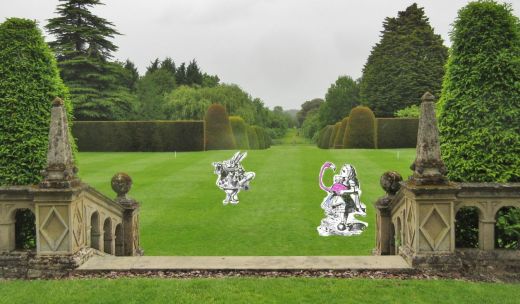 “The chief difficulty Alice found at first was in managing her flamingo…. Alice soon came to the conclusion that is was a very difficult game indeed.” – Lewis Carroll

The overall impression in the garden is of lushness, with a touch a darkness and drama. 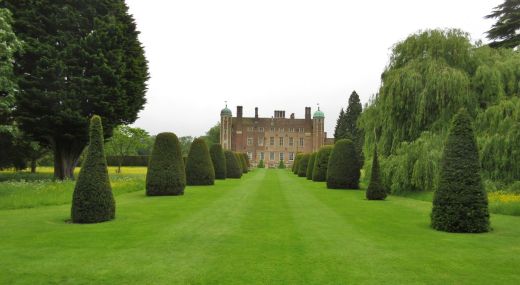 Looking back at the hall from the Meadow

Away from the formal areas there are lovely tracts of meadow and woodland leading down to a lake. The meadow is currently a glowing mixture of buttercups, red clover and ox-eye daisies and the gardeners have cut meandering paths through these wild areas, so that you can enjoy total immersion. Apparently there are twayblade orchids in there somewhere, but I didn’t find any. 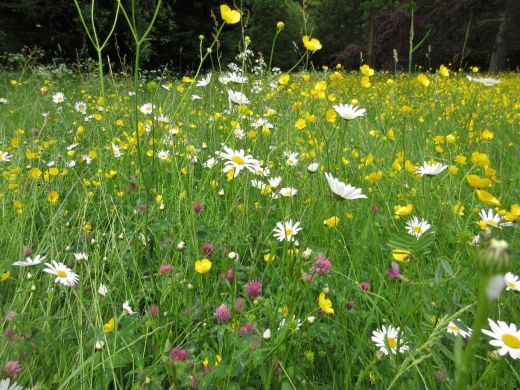 Meadow area beyond the croquet lawn

The Walled Garden, to the south of the Hall, was once a kitchen garden, but is now a plantsman’s heaven, crammed with interesting features: an Edwardian rose garden; a raised alpine bed; a sunken garden; a chalk mound; a Berberis thicket and medicinal border. 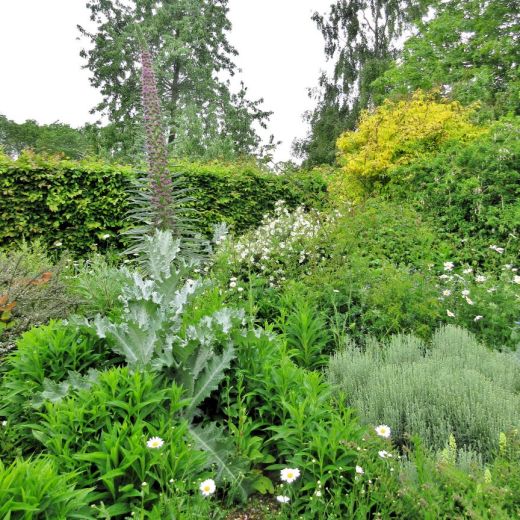 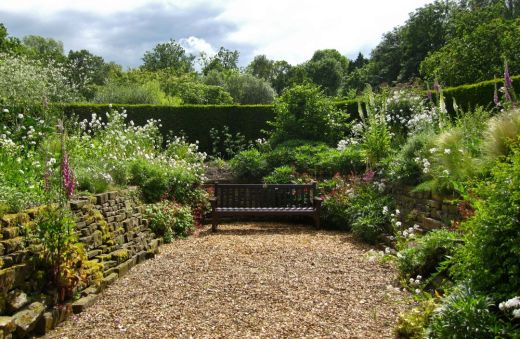 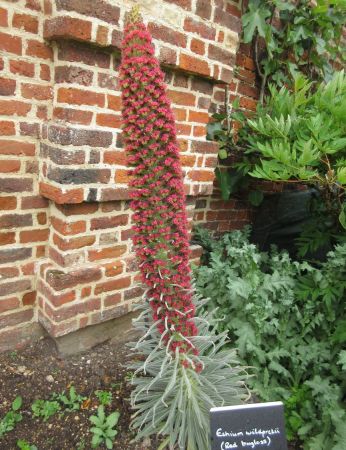 Then there are slightly odd, large open lawn areas between them, with quirky stripes: 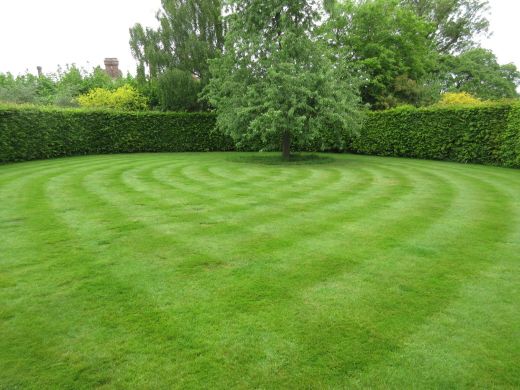 The round lawn area includes a small raised alpine bed

and some rather lovely linkages from area to area: a hazel tunnel, a rose pergola: 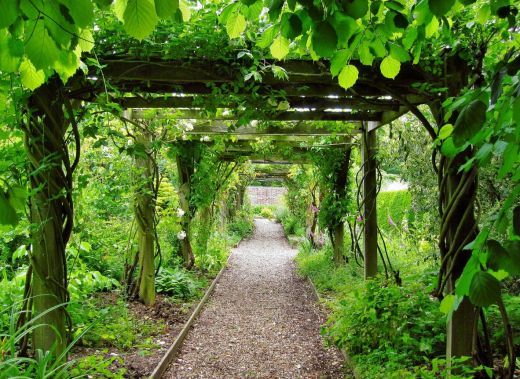 Of course, since the gardens were open as part of the NGS there were also plant stalls set up in the courtyard (where I hastly purchased some Althea cannabina since mine didn’t germinate) and in the church, at the entrance to the Hall, we camped in the pews to enjoy music, tea and cake!

Living in the damp middle of nowhere
View all posts by Frogend_dweller →
This entry was posted in History, Nature, Out and about, Plants and tagged Alice in Wonderland, Baroque, Croquet, Echium, Madingley Hall, meadow, National Gardens Scheme, Topiary, Tudor, Walled Garden, Yews. Bookmark the permalink.