Annual haircuts all round – fringes, bobs and curls 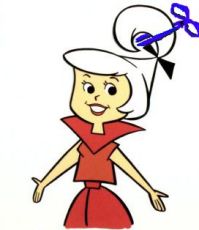 Ha, I am not talking about me. I avoid getting my hair cut to the extent that last year’s look was achieve by pulling it all up in a ponytail and chopping it off at the tie (I blame the Bourne Ultimatum).

No, I am talking about trees and hedges.

From July onwards I slowly work my way around the garden doing the annual trimming: Firstly the two leylandii that screen the house next door (I didn’t plant them, but I keep them narrow and to about 9 foot), then on to the hornbeam hedge at the front separating us from the road, next the copper beech wrapping round the patio/pergola sitting area and finally on to my topiary experiments. 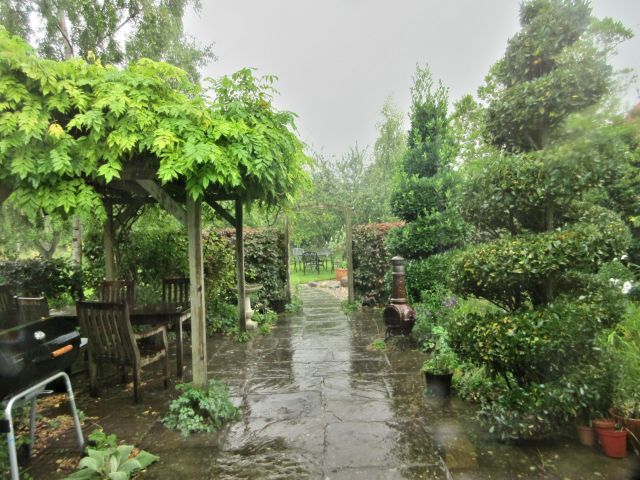 Clipped copper beech hedge in the distance, surrounding the patio. Bay tree spirals to the right, halfway through their annual cut.

The first of these topiary projects was a box (Buxus) ball purchased by my son when he was little and was enthusiastically buy plants and gardening in one of the raised beds in the vegetable area. He has long since stopped doing anything on the bed, but curiously (and I have small tendrils of hope growing here) he has started to tend a small window garden when he is at uni so that he can have fresh basil and chives when he cooks. Meanwhile, I kept the box ball clipped, until I eventually thought it would be fun to let another bobble grow. 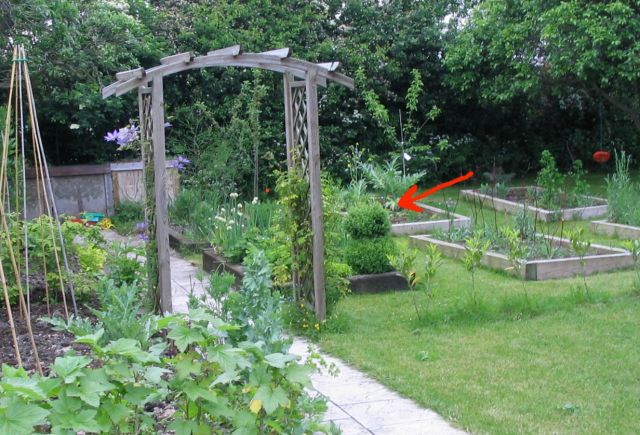 Box ball in the vegetable plot – at the two ball stage

Over the years it has sprouted two further balls (it is now four balls tall), but that is the last I will allow because I am not very good at controlling their waist lines. The topiary is now decidedly pudgy and just a bit lop-sidded. Unfortunately, I suspect that it’s wide bottom tier provides a nice sheltered environment for slugs, so I may have to re-think it’s shape. Having seen the drastically reduced box knot garden at Hatfield house recently, I will probably risk major cutting at the bottom. 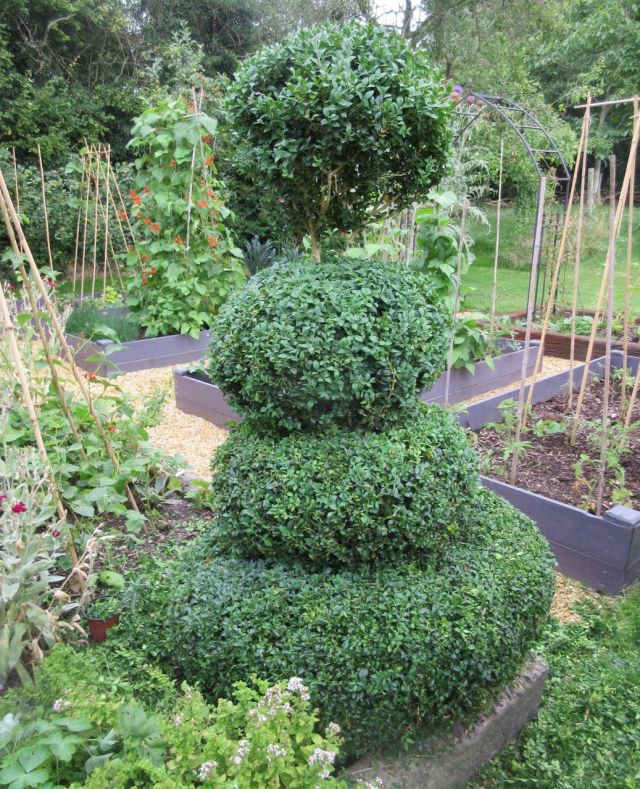 Clipped Box balls at the edge of the vegetable patch.

The second project also dates from the kids school days, to a period when I ran the plant stall at the summer school fete. In addition to the walnut tree that now graces the hillock in the corner, I acquired a pot of seedling bay trees (Laurus nobilis). I planted just one in each of the front corners of the (then) new pond area. 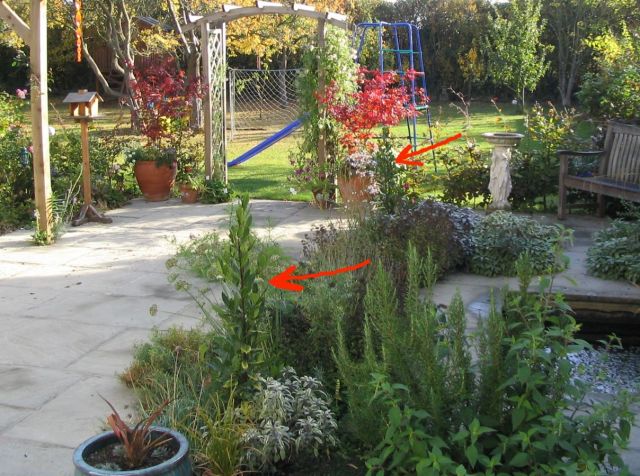 Bay trees early on in their lifecycle. (Copper beech hedge at edge of patio is also recently planted)

The bay grew uninterrupted, until one day I realised just how wide and large they had become. Rather than remove them, I clipped them into tall cones and draped rope in a spiral around them. Then I set about cutting into the cones along the rope to form a spiral rill running round the trees. A couple of years later I was brave enough to cut them hard, all the way to the central trunk and branches. Finally the spirals looked about right.

Now I just trim them every year and the effect is like edging a lawn: they look so shaggy to begin with: 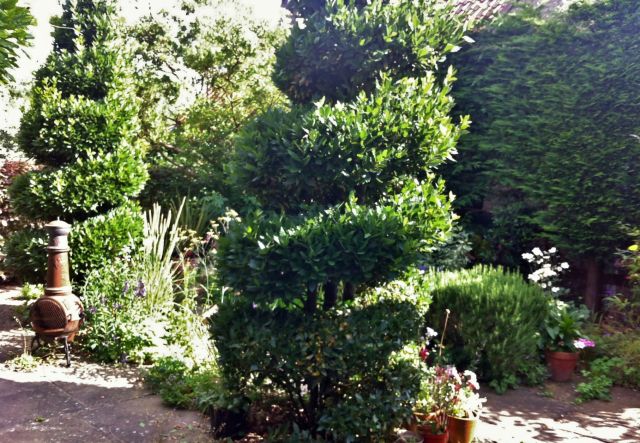 Bay spirals this year before the annual trim

However they emerge with sharply defined curves and curling structure (very rewarding): 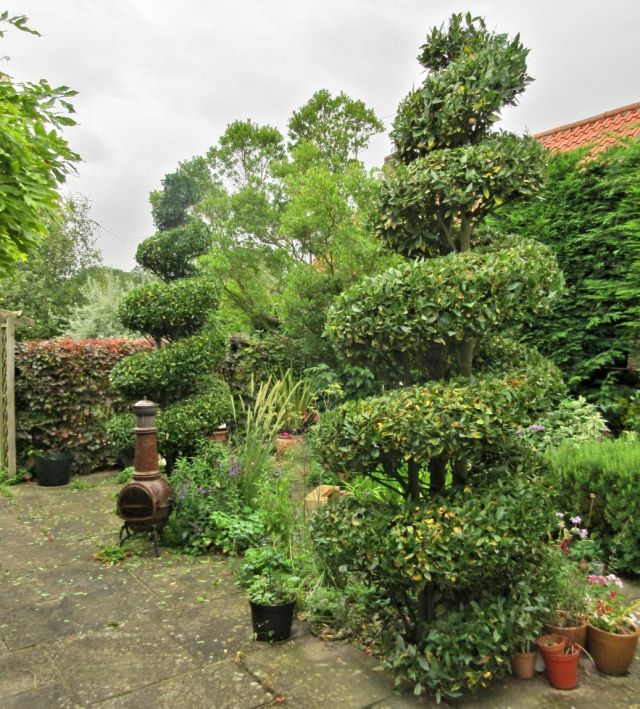 In spite of this imposed tight structure each year I find small nests in the trees. The small birds seem to love them. This year for instance, I had to wait for goldfinches to vacate their nest at the very top of the near one before I could prune.

Do you have a topiary pet project?

16 Responses to Annual haircuts all round – fringes, bobs and curls