To the Backs and back

It’s nice to get out and about after the food-centric and cosy excesses of Christmas Day, but Boxing Day dawned as glum as the rest of December and heavy showers the night before put paid to the idea of a hike across the fields. So we decided to wander into Cambridge instead, to enjoy views of the colleges and relatively empty streets. 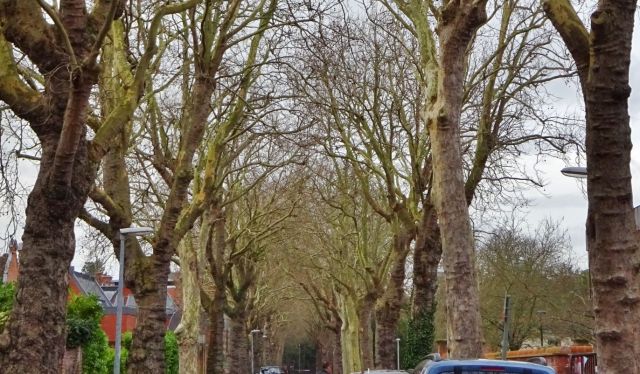 Beautiful London Plane trees meet over Sidgwick Avenue and buckle the pavements down either side.

We often park near the university library, under a dramatic avenue of London Plane and walk in to town, over the Cam at Silver Street bridge, catching glimpses of the Mathematical Bridge and the punts stacked up at The Mill. Many of the side streets in this area access the grounds or accomodation blocks for various university colleges. They are often worth a peek, usually being of some historical or architectural interest or set in well stocked and maintained gardens. 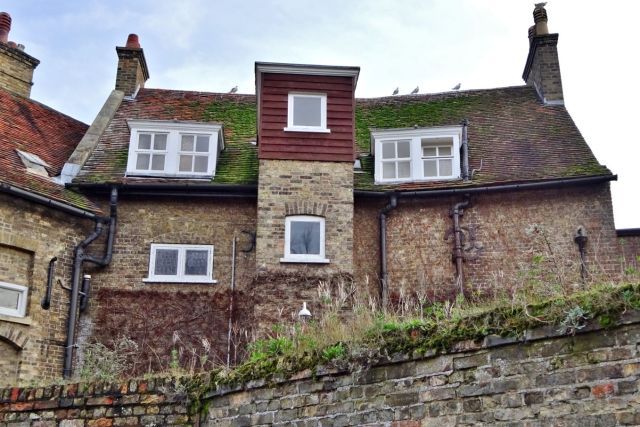 We noticed immediately that chauffeured punts were already out on the river and that the attendant ticket touts were hanging out in clusters along the main roads. So we flitted along the back routes to avoid their approaches. It’s more fun to walk the alleyways anyway and there’s a lot more atmosphere.

Sometimes it can feel a little oppressive, with the height of the buildings, dark, pollution covered bricks and narrow lanes … 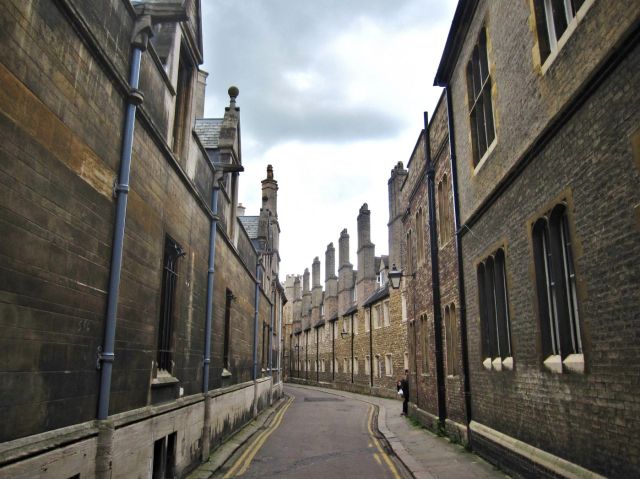 Trinity Lane, dark and imposing, is squished between two colleges (Trinity and Gonville and Caius)

and sometimes surprisingly grand views are just round the corner: 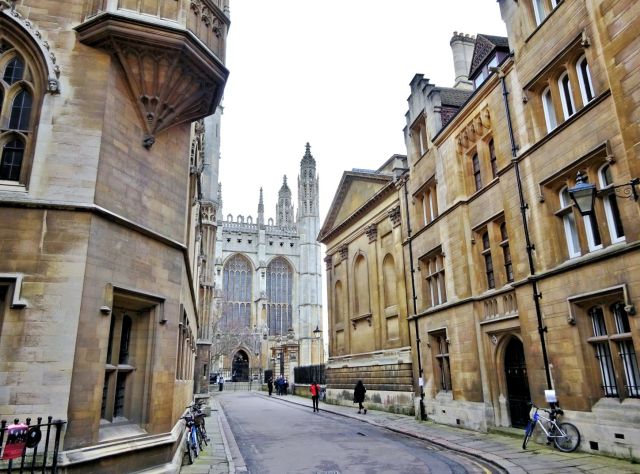 We meandered our way around town and finally back out, crossing the Cam again at the Garret Hostel Lane Bridge, where there is a clear view of the lovely Clare bridge.

Clare Bridge from the bridge at Garret Hostel Passage

As we wandered along the Backs we admired the aconites (out in force), the ducks, the bridges, the river, the punts and the classic views of the backs of the colleges. 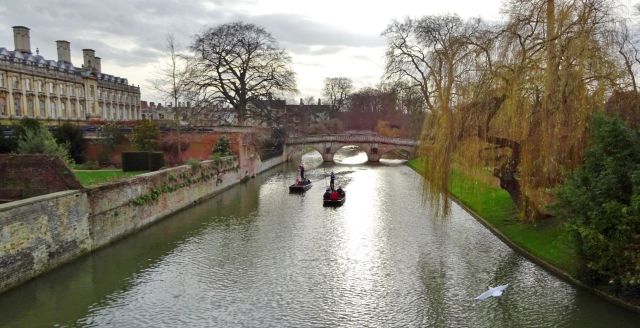 Of course a brilliant way to see it all together is to brave the touts and take a guided punt tour, snuggle up under blankets (provided) and listen to an illustrated history lesson.

Meanwhile, we headed off home for some mulled wine and more delicious Christmas fare.

Living in the damp middle of nowhere
View all posts by Frogend_dweller →
This entry was posted in Out and about, Walks, Winter and tagged Cambridge, Gardens, London Plane, Punting, Silver Street, The Backs, the Cam, Trinity College. Bookmark the permalink.

2 Responses to To the Backs and back