The Boys are Back in Town

April weather continues to be changeable. Yesterday the day began with a frost, but later temperatures reached the giddy heights of ~18°C. Today there’s been thunder, heavy rain and sunshine.

Regardless of all this uncertainty, I saw my first swallows of the year today. That is about a week earlier than last year. So no big shift there. 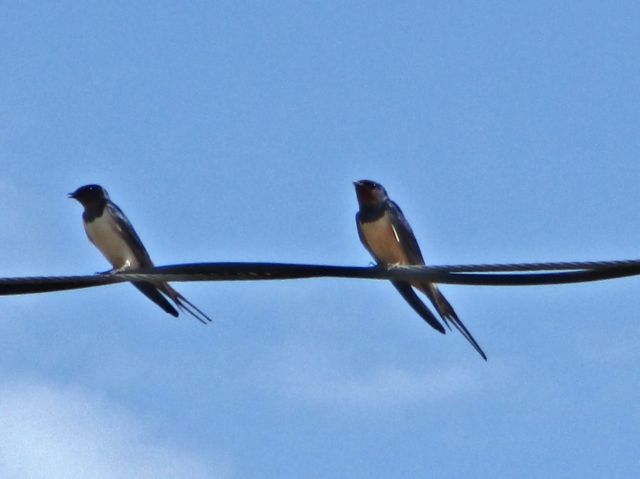 Swallows against a clear blue sky

There were four of them, skimming the posts and trees around the yard behind the walled garden at Wimpole, then settling on the overhead wires. I heard them before I saw them, as usual. That sliding trill and twittering is very distinctive. 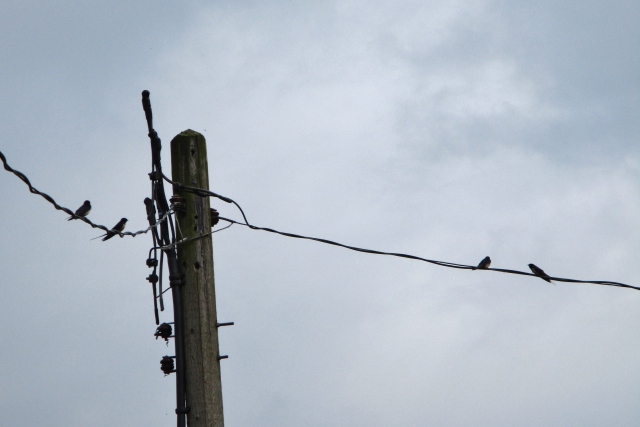 Later, when I emerged from the pot store, one flew over my head from a half-formed nest (presumably from last year) in the rafters of the open-fronted bothy. Swallows are known to prefer outbuildings which provide safe ledges and nooks and crannies for nesting. There are certainly plenty of those in the bothy! 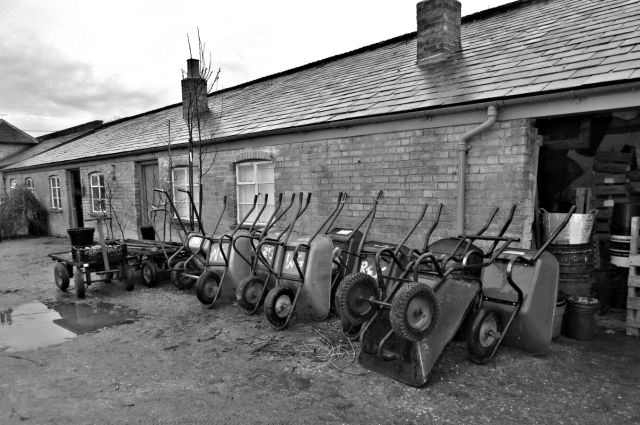 Hopefully this means that warm weather is on its way, but I wouldn’t bet on it!

Living in the damp middle of nowhere
View all posts by Frogend_dweller →
This entry was posted in birds, Nature, Spring, Wildlife, Wimpole Hall and tagged Gardening, Hirundo rustica, Migration, Swallows. Bookmark the permalink.

19 Responses to The Boys are Back in Town