Posted on October 5, 2016 by Frogend_dweller

Thank goodness for asters. Apart from their beautiful shades of purple and pink, they are proving their value over and over again, as pit stops for the bees, bumbles and the few butterflies that are still on the wing. We stood and watched a stand of the shocking pink aster (now symphyotrichum I understand) novae-angliae ‘Andenken an alma pötschke’ on Monday and it was truly covered in honey bees. It looked positively alive and in fluid motion and it sounded like we were standing right next to a hive. 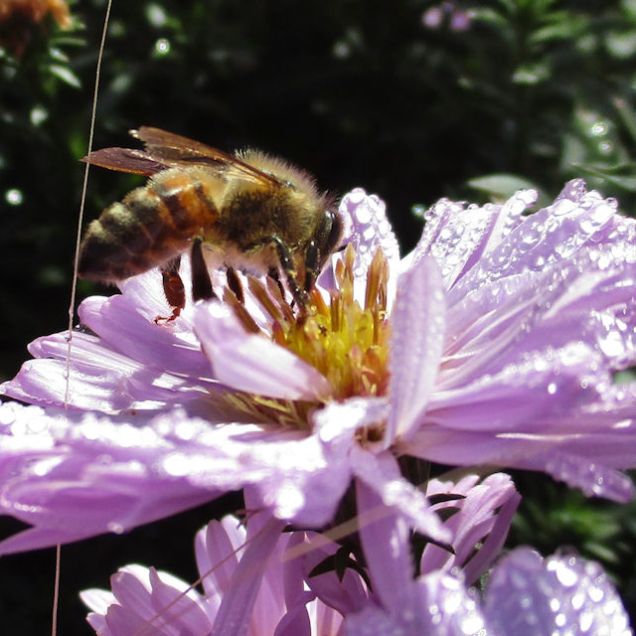 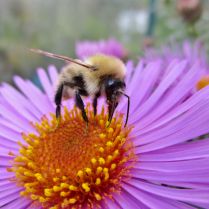 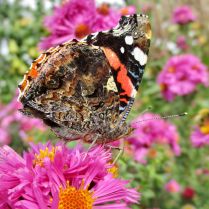 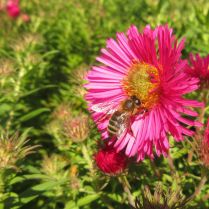 It is fascinating to watch just how quickly the different insects manage to drink from each ripe disc florets on the flowers before moving on to the next.

Around the garden ivy is in full bloom and also buzzing with visitors (flies, wasps, bees and butterflies). This red admiral butterfly was probably basking in the lovely warm sunshine though, rather than drinking. 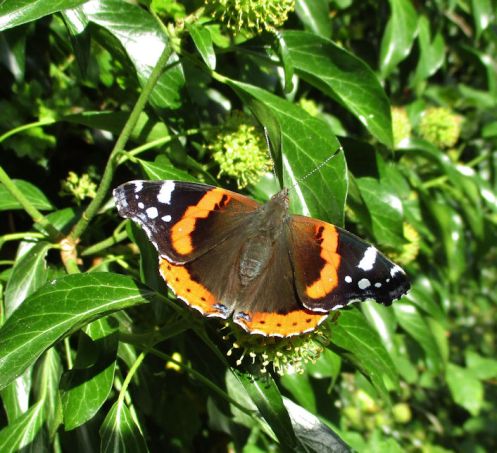 I am still seeing the occasional speckled bush-cricket in the borders. They seem to like to hang out on red plants for some odd reason. I had one take up residence in the greenhouse this summer, on a tray of Amaranthus ‘Red Army’ that I didn’t get around to planting out. I tried to move him out to a more diverse environment, but he was back inside again the next day. 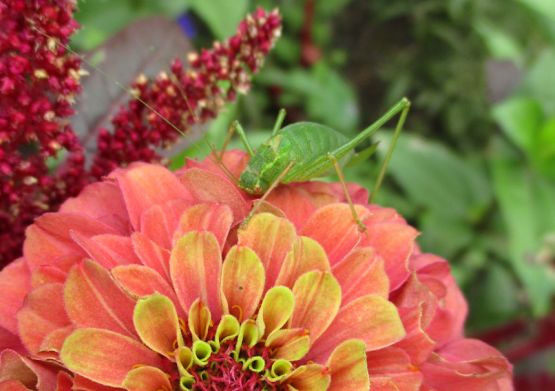 Most of the Amaranthus ‘Red Army’ was planted out in a timely fashion though and it has done brilliantly, but haven’t seen that many pollinators on it. However, I did catch this shot of a bumblebee just before it speared itself some nectar. Amazing, isn’t it? I am still entranced by those tongues! 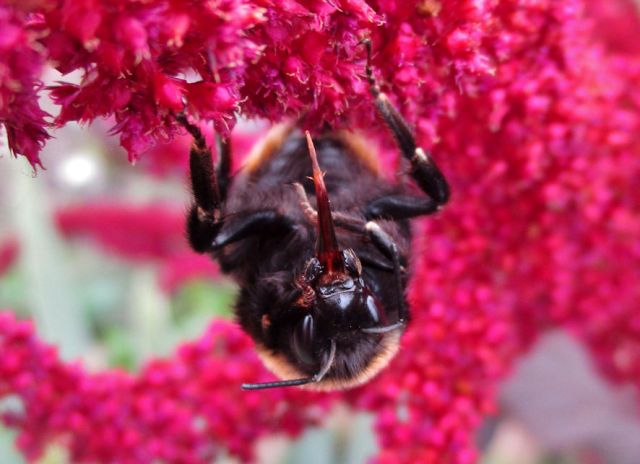 Bird-wise, there is not an awful lot to report. Robins are more obviously around. I guess they’ve coloured up and are following the digging that happens as crops and plants are removed. The swallows are still here, but I don’t think that I am seeing as many.

The most entertaining birds in the last month have been the young greenfinches. There is one in particular trying to become the alpha ‘dog’.  Have a look below to see what I mean. 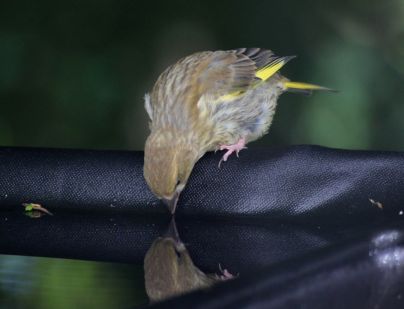 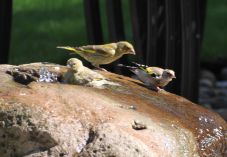 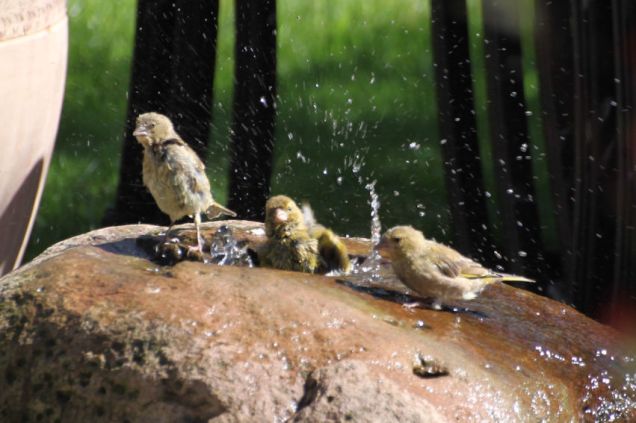 I am linking up with Tina at My GardenerSays (albeit slightly late – sorry) to share wildlife observations on the first Wednesday of the month. Take a look at her stunning photos. I try not to be jealous of the exotic nature of her participants, but I really want to see those pink moths for myself.

Living in the damp middle of nowhere
View all posts by Frogend_dweller →
This entry was posted in Bees, birds, Flowers, Nature, The home garden, Wildlife and tagged Gardening, Greenfinch, Photography. Bookmark the permalink.