Posted on October 4, 2017 by Frogend_dweller

Shaggy Inkcaps have been popping up in the garden over the last two weeks. At first the fruiting bodies are tall, white (ish), narrow ovoids, with slightly torn surfaces 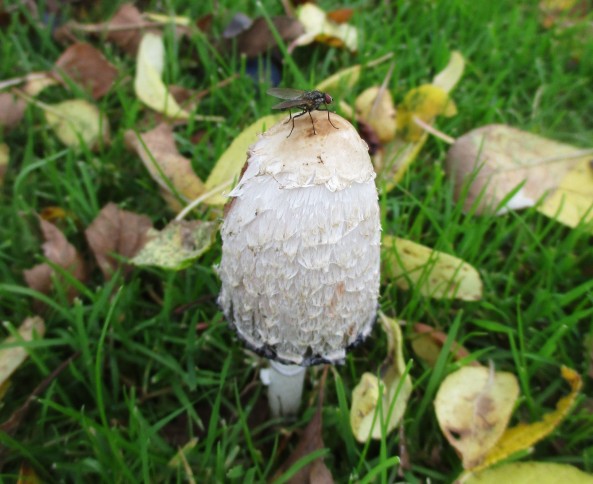 As the caps open to a more bell-like shape the scales peel away giving them the appearance of cascading hair, hence the other common name: Lawyer’s Wig

Once ripe, the gills and rim of the cap start to turn black 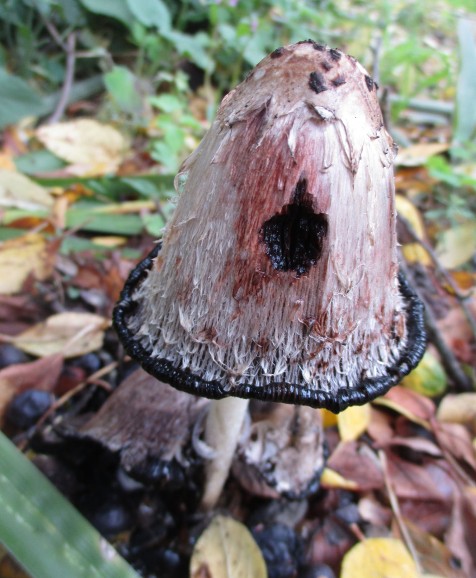 The mushrooms begin to ooze and drip black, spore-laden ‘ink’

Within a matter of hours the cap will almost completely deliquesce (liquify) leaving just a stalk topped with a small disc.

11 Responses to Wordless Wednesday – Dissolution of the shaggy ink caps