In a Vase on Monday – Survivors

We’ve just returned from France where melting temperatures, 38 deg C plus, have tested my capacity to move during the day. So it was with considerable relief that we are now chez-nous and back to sweltering in a mere 30 degrees. My kind neighbours had been drafted to water whatever they felt able to, before leaving to go on holiday themselves. Happily, the majority of things have survived, though many of the vegetables have stopped producing or gone to seed. A lot of the plants in the nursery area are now crispy round the edges. Most will resurrect, but are done flowering for this year.

It was therefore a bit of a challenge to pull together a vase-worth of flowers for Cathy’s (@Rambling in the Garden) weekly meme, but it is good to be forced into creativity. Here then, are some holiday survivors: 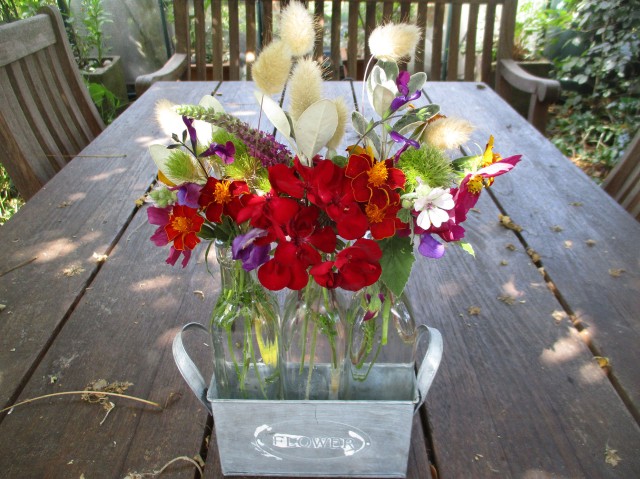 Of necessity, there is no colour scheme, but the flowers that made it through the water deprivation have tended to the hot end of the spectrum. Tagetes patula ‘Cinnabar’ has positively romped away in the sunshine, so that was my starting material. I’ve been deadheading the geraniums, so I took one head of those too. There are also a couple of cosmos ‘Dazzler’ flowers to up the zing factor.

Although annual ‘bunny tail’ grass, Lagurus ovata, was still bulking up when we left, it has been checked by drought and has lost its fresh look. Happily, it works just as well dried though. 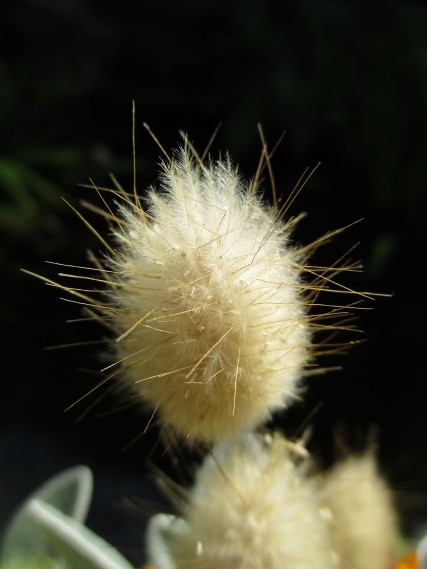 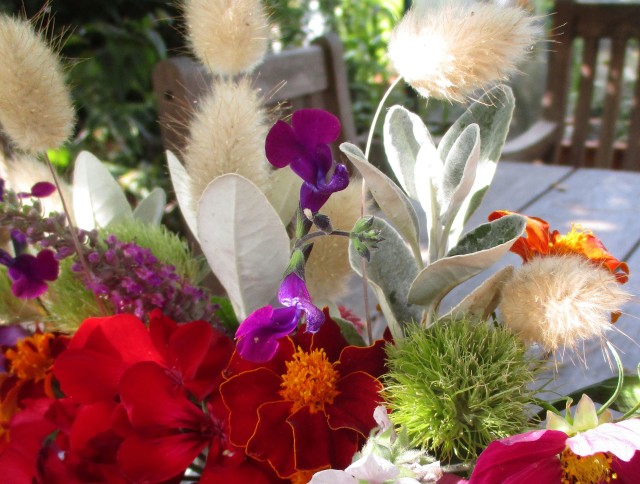 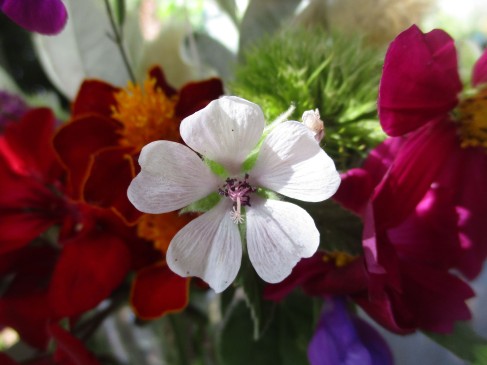 Mossy green heads of Dianthus ‘Green Trick’ adds some texture. I am pleased to say that this is their third year of flowering, so they have been well worth the initial outlay. Sadly, it is also probably their last display, since the flowering spikes are now very sparse. 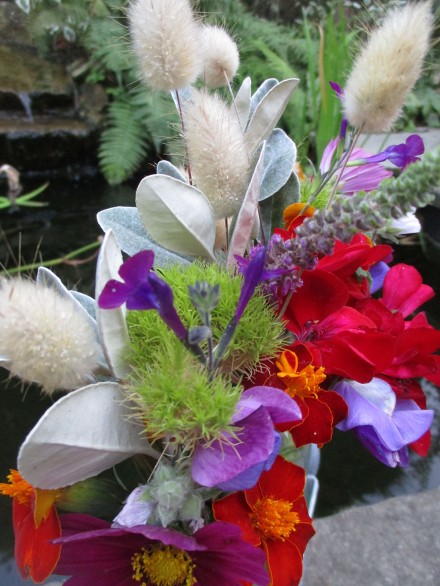 On the other side of the vase I’ve added one of the dolly mixture zinnias grown from seed saved from my Mum’s front door tub display from last year. I hated them when I first saw them, but they’ve grown on me since! 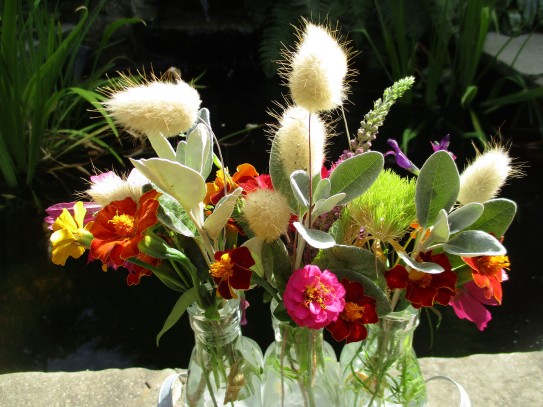 Don’t forget to hop across to Cathy’s blog now to check the beautiful arrangements linked through the comment section.

Living in the damp middle of nowhere
View all posts by Frogend_dweller →
This entry was posted in Flowers, The home garden and tagged Bunny tails, cut flowers, Gardening, Grasses, In a vase on Monday, marsh mallow, Photography, Tagetes 'Cinnabar'. Bookmark the permalink.

18 Responses to In a Vase on Monday – Survivors