As if trees (and woods and forests and jungles) weren’t magical enough of themselves, I have discovered that I am also slightly obsessed with them when used as the basis in a number of quirky, conceptual Land Art* projects.

So here are a few seasonal examples I thought I would share to hopefully whet your appetites.

Every autumn, since 2013, Joanne Hedrick has been creating art works using gingko leaves on the campus of Sacramento State University.

Francisco Infante-Arana develops his work around the “reality of the impossible, the paradoxical possibilities and the infinity of the cosmos”. 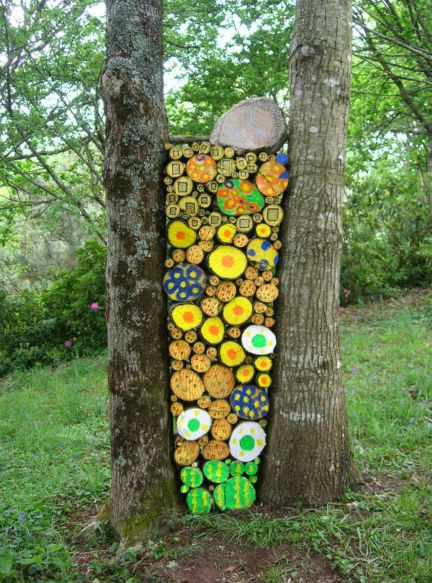 Simon is a self-taught visual artist. He lived, studied and worked in Johannesburg, South Africa until the age of 24. He is now based in Wanaka, New Zealand.

James studied Fine Art at the Byam Shaw School of Art in London. If you take a look at his twitter feed, you will see he is keen to work with and inspire children about the environment.

Zander wraps trees in fabric creating a “visual relationship between tree, not-tree, and the line of horizon according to the camera’s viewpoint.” 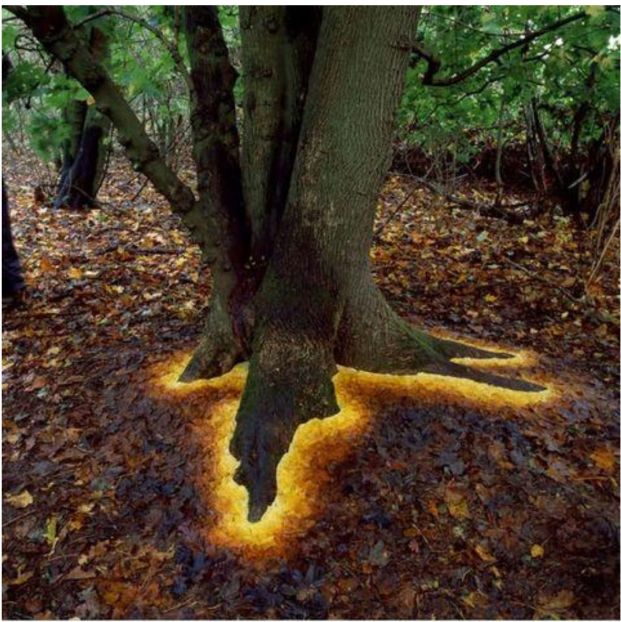 Spontaneous City in the Tree of Heaven – London Fieldworks

The work is a sculptural installation drawing on the ecology and biodiversity of two sites on opposite sides of London.

* Land Art (or earth art) is art that is made directly in the landscape, sculpting the land itself into earthworks or making structures in the landscape using natural materials such as rocks or twigs