We’ve known these two ducks for ages from disturbing them regularly in the ditches along our dog walks, but for the last two months they have taken to returning the favour and are frequently to be found in our garden. 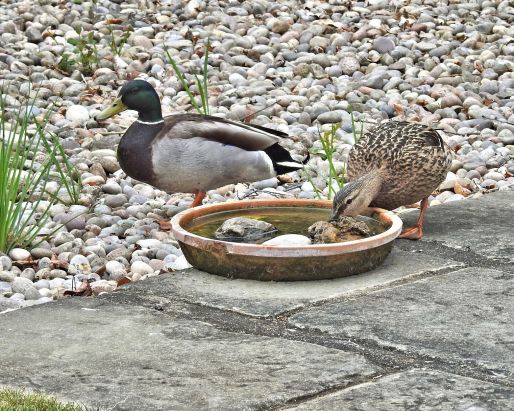 They’ve sampled the delights of the ground-level bird bath

They’ve shown their best side for photo opportunities

They’ve tested the joys of the bubbling boulder fountain 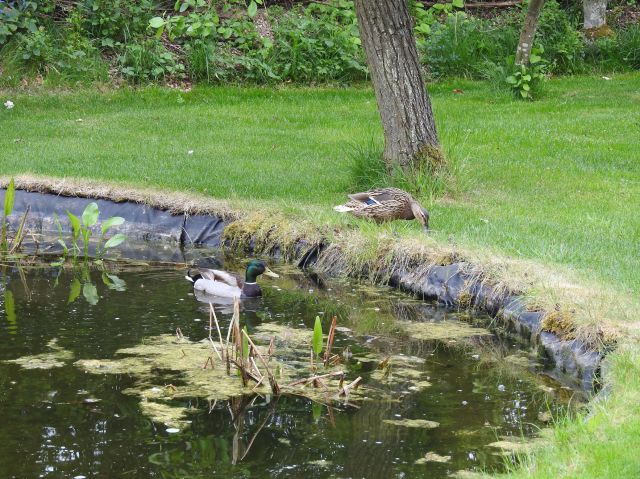 But mostly, they’ve enjoyed the pond

Cheekily sifting through the blanket weed … and probably the baby fish (mostly Rudd)! Don’t they look innocent though?

The male is not to be out done!

They’ve even started to invite their friends. We’ve seen up to five around the pond … Oh dear, we might regret this!