#Wild Wednesday: I spy … a Stonechat 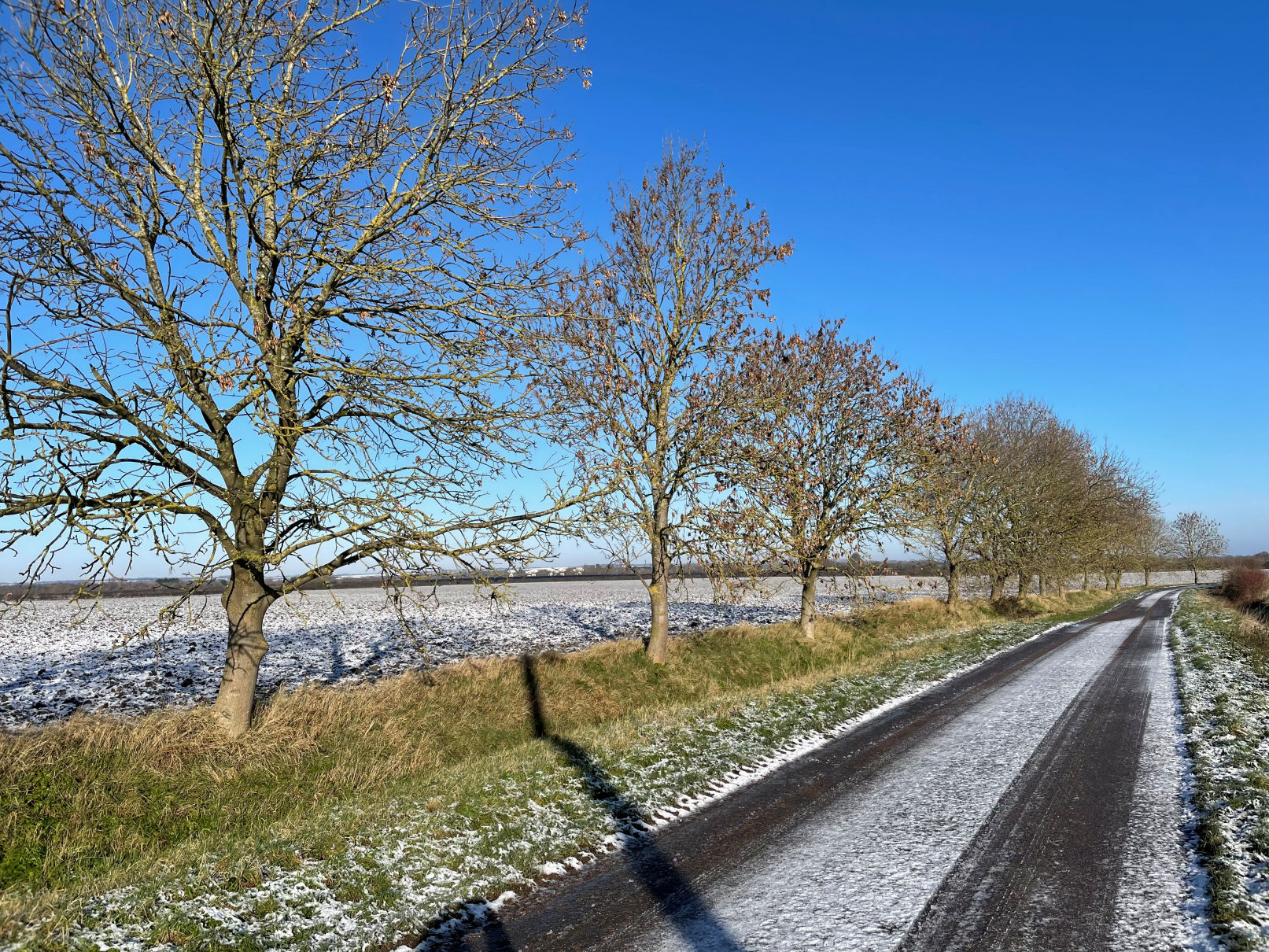 On one of my daily walks this week I noticed an unusual bird in a row of ash trees planted alongside the road. It was hopping from tree to tree, always just ahead of me, rather like a robin would do, but robin it was not. 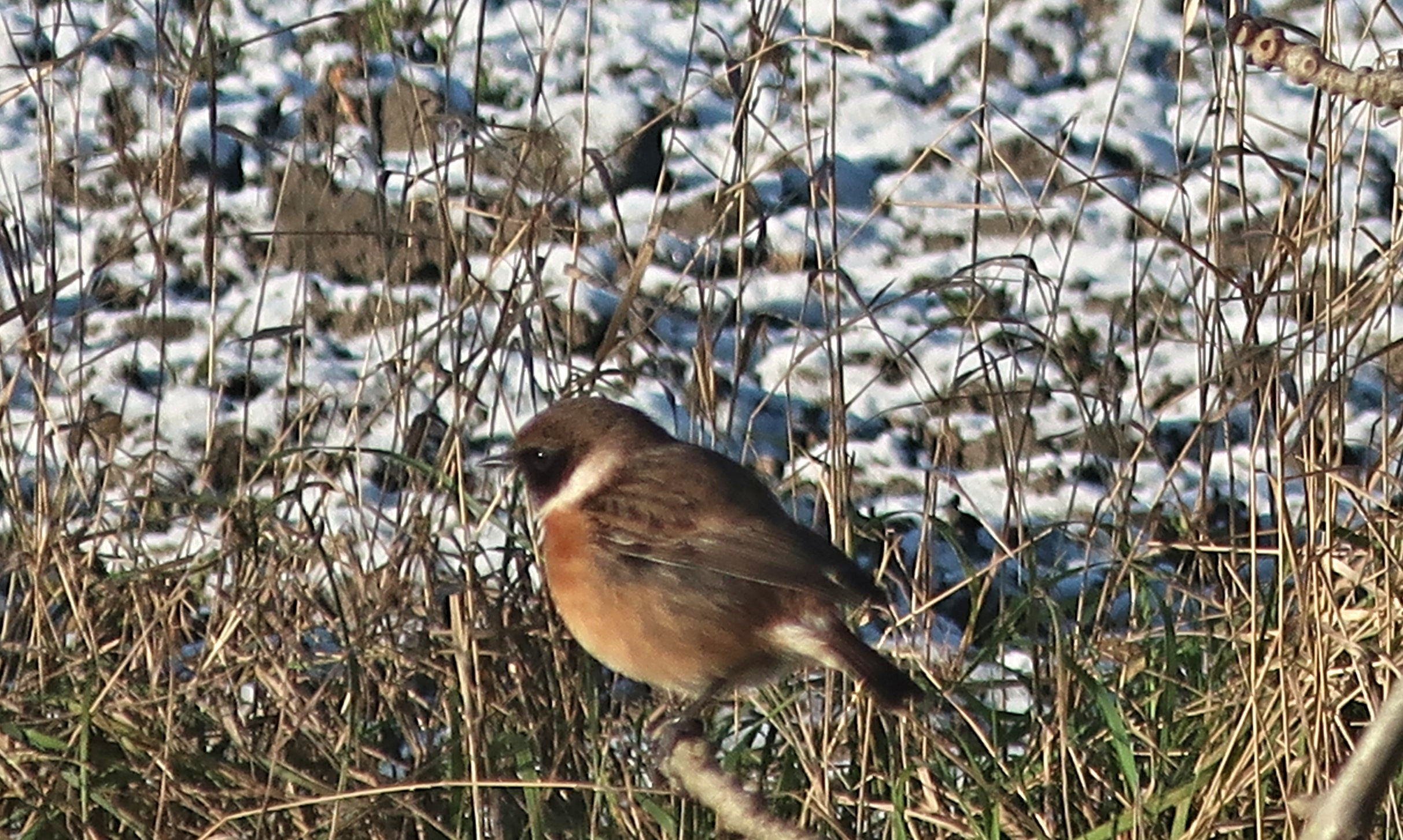 I thought I recognised it, from long ago holiday treks across moorland, as a stonechat, Saxicola rubicola. I have confirmed that ID since I got home to run a search for it.

The Wildlife Trust describes it as a dumpy bird, slightly smaller than a robin, with a big head and a short tail. I’d be suing for slander if I were a stonechat! It is much prettier than that makes it sound. 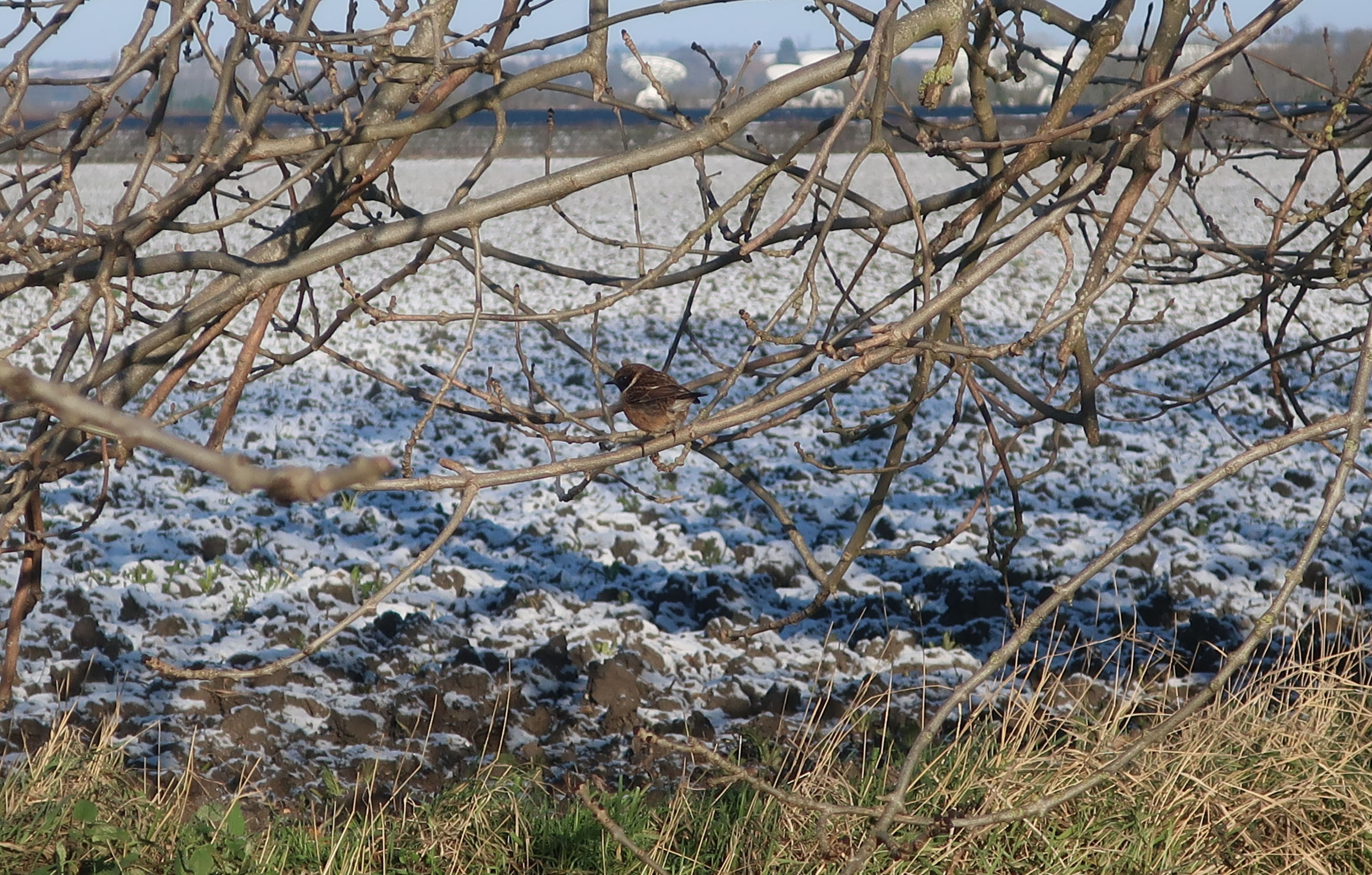 I didn’t get close to it for some time, in spite of some creeping. It kept one tree ahead, but it was clearly more preoccupied with looking for food in the long grass. 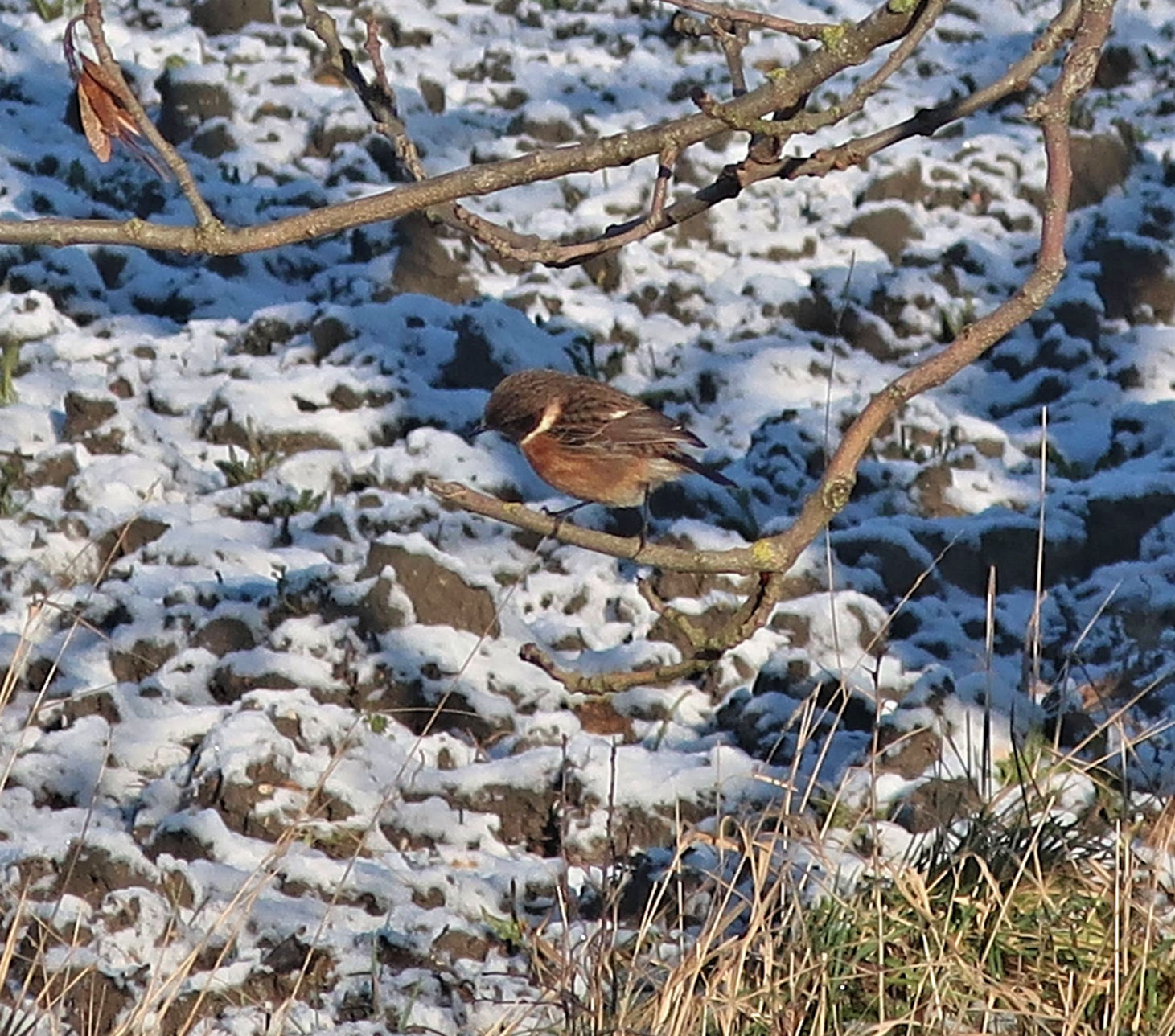 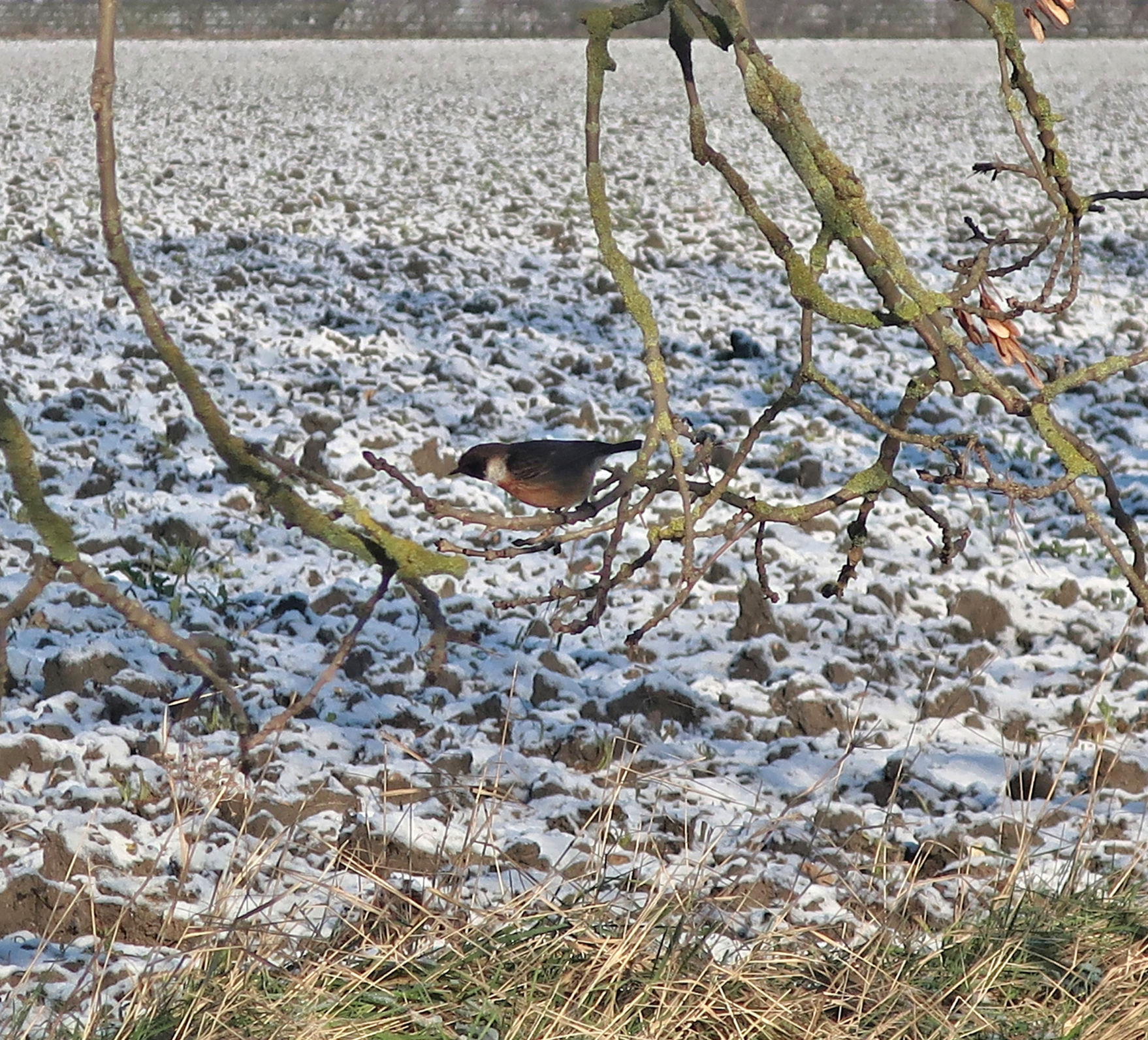 They do like a bit of invertebrate apparently, as well as seeds and fruit. 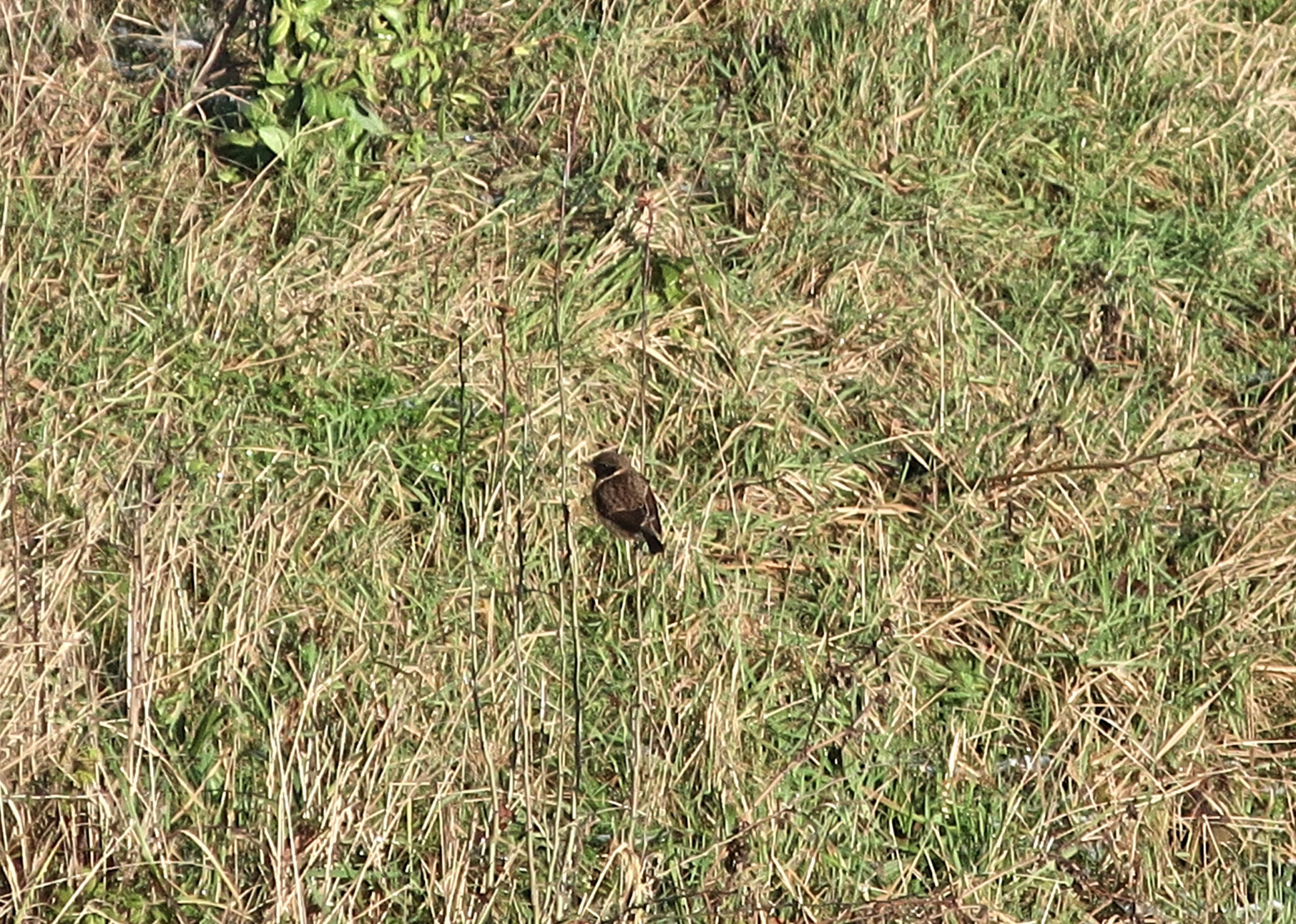 They are residents of heathland, but disperse more widely during the winter, which might explain it being on the edge of Cambridge.

I can’t be certain if this is male or female, since I am not very familiar with the bird and in some shots it looks very black and rusty chested, but in others much browner and paler. Maybe someone out there can say? 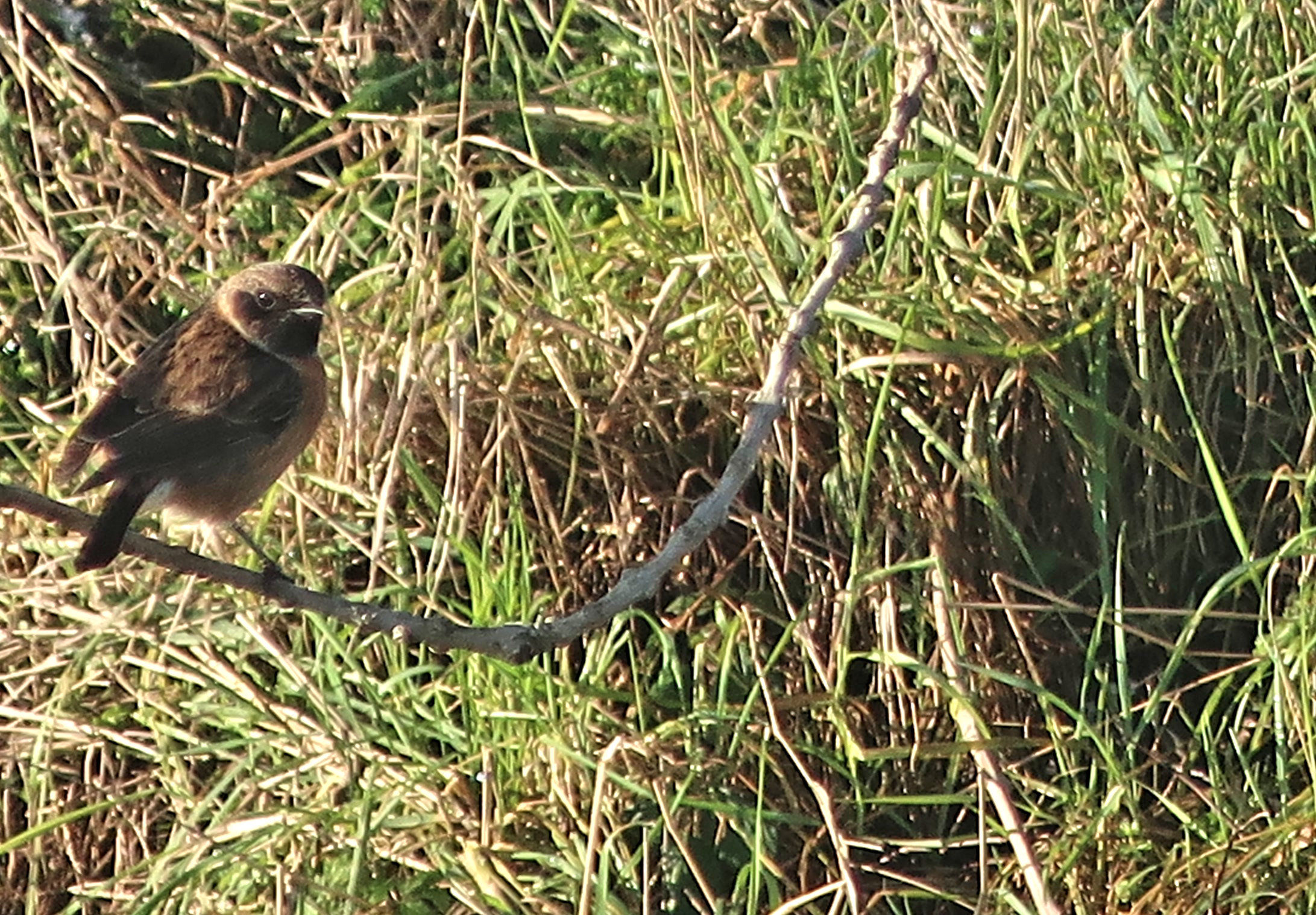 After following the stonechat around for five minutes, we both doubled back to the original trees and I managed a couple of closer, zoomed pictures.

I’ll keep my eye out for him in future for sure. Meanwhile I am linking this post to Piglet in Portugal who is starting a #WildWednesday, getting people to share their love and photos of ‘wild’ fauna and flora. Do join in if you can!

Living in the damp middle of nowhere
View all posts by Frogend_dweller →
This entry was posted in Wildlife and tagged #WildWednesday, birds, countryside, Photography, Saxicola rubicola, Stonechat, Wildlife. Bookmark the permalink.

17 Responses to #Wild Wednesday: I spy … a Stonechat