Sainfoin (from Old French sain foin meaning “Healthy Hay”) used to be an important, nutritious forage eaten by workhorses, cattle and sheep. Sadly, it gradually fell out of used with the advent of modern farming practices: tractors, fertilizers, pesticides etc.

I came across this large patch in the fields behind our house. Just imagine whole tracts of its pretty pink flowers … next to a field of flax perhaps! Nowadays it is typically found on limey grassland, agricultural land and wasteland. 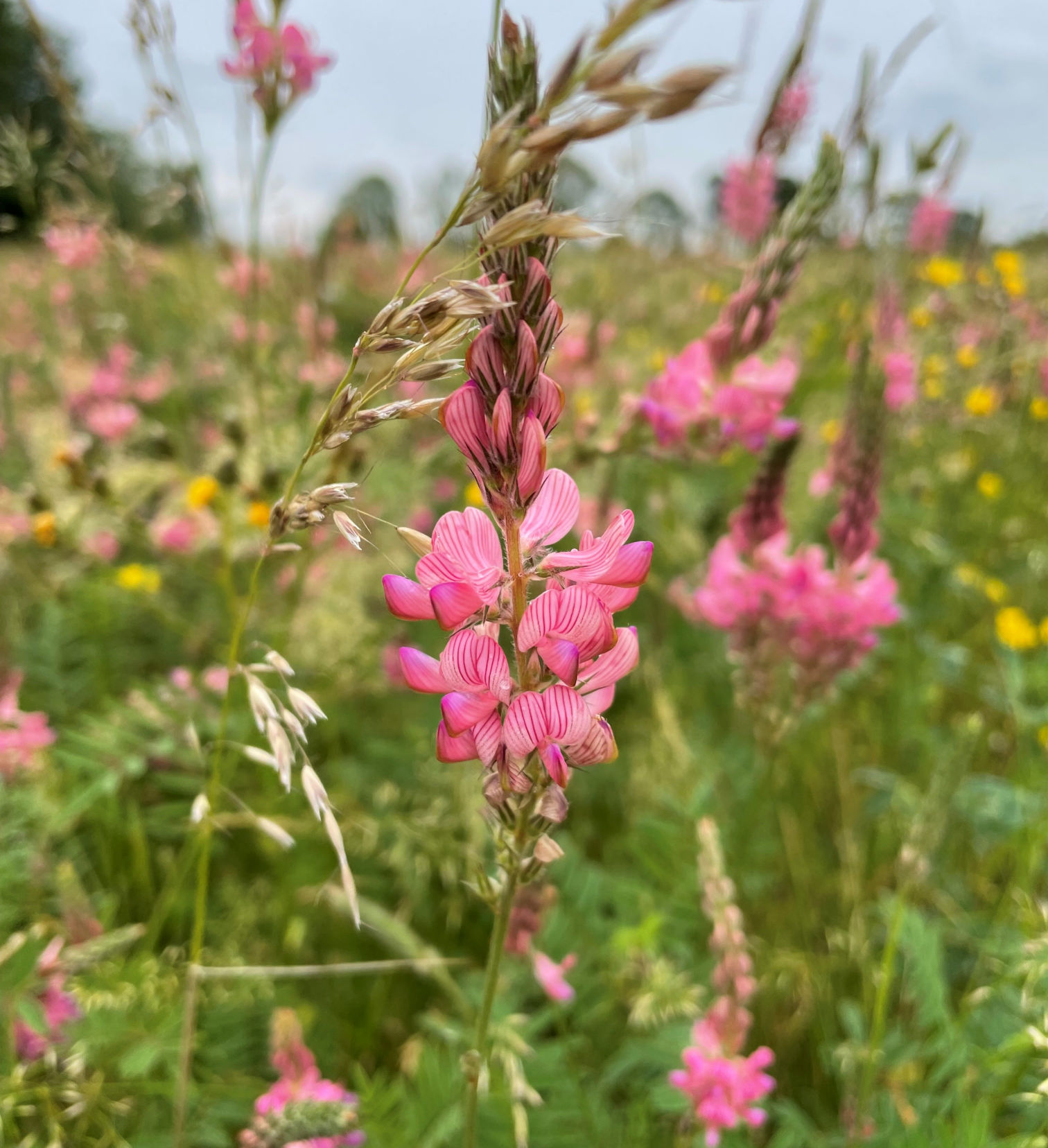 Sainfoin is a short-lived perennial herb from the legume family, grown as a grass/legume mix (rather than pure crop). It flowers from May to September 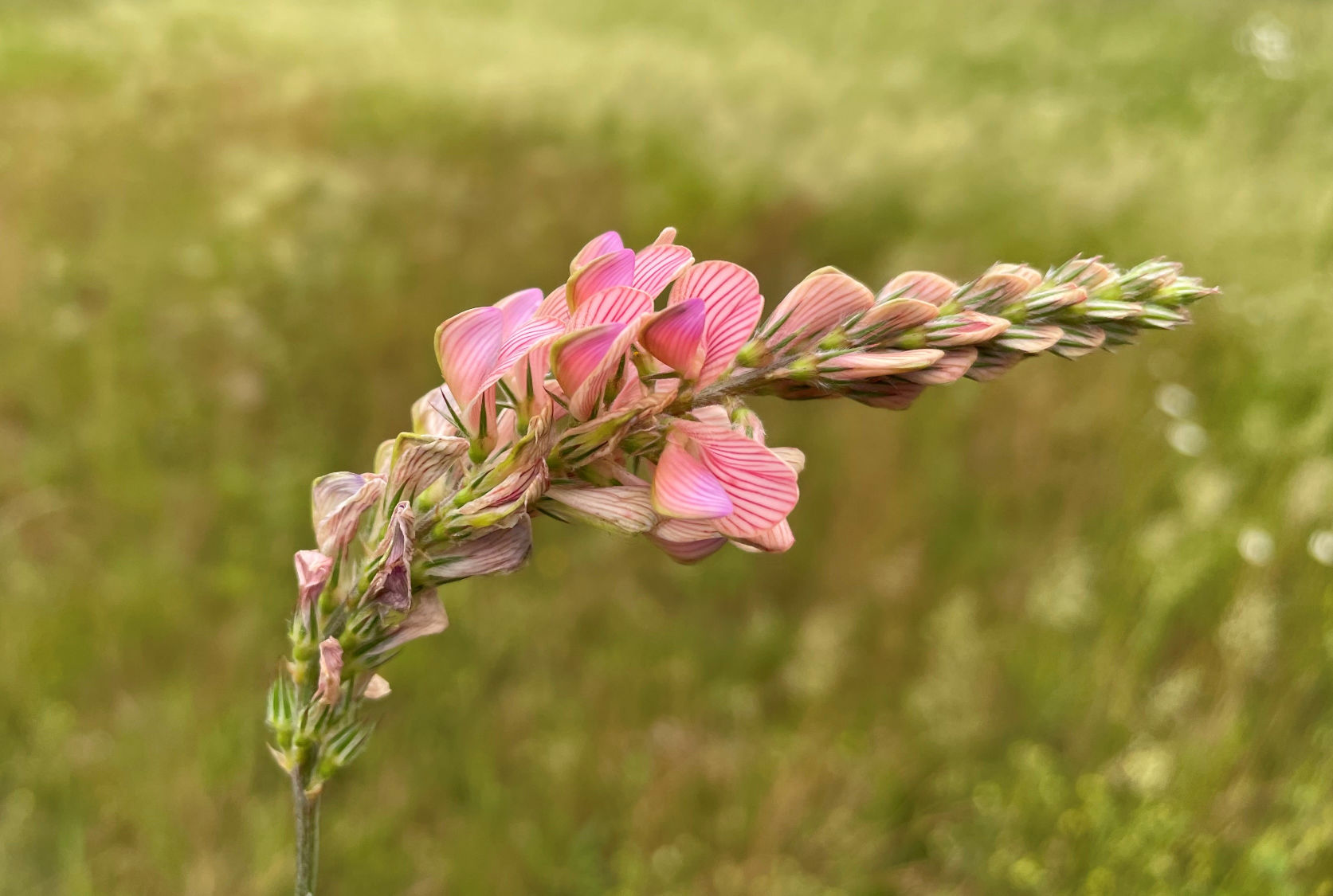 It has several health benefits as fodder for livestock, particularly that it is a natural wormer and reduces bloating. It also improves protein absorption … ultimately leading to faster weight gain.

It is adored by bees. It’s nectar has been observed to attract up to ten times more bees than clover! Moreover, those bees go on the produce more honey. 🙂 What a shame we don’t still grow it! 😦