Posted on December 4, 2021 by Frogend_dweller

I’ve not posted for a bit (busy and distracted, sorry), but Cathy’s lovely idea for celebrating a week of flowers, to cheer and inspire us at this time of year, was too welcome an opportunity to miss without applauding it and joining in. I’d recommend heading over to her blog to get a big blast of happiness!

One of the things that has been both fascinating and worrying me recently, is the volcanic eruption on La Palma, Canary Islands. We lived on this island for six years while we worked at the Isaac Newton Group of Telescopes and it has many happy memories for us. We were based on the eastern side, near the capital city, Santa Cruz de La Palma, but we spent a lot of leisure time hiking, exploring, surfing and relaxing on what is assuredly the sunnier western side. This is where the (as yet unnamed) volcano on Cumbre Vieja is currently causing most havoc. Our favourite surfing beach is now under a new lava fajana and probably the biggest seaside resort on the island, Puerto Naos, is closed due to its proximity to the volcano and a thick coating of ash. As of this week, its closure has been re-enforced due to high concentrations of toxic gases. 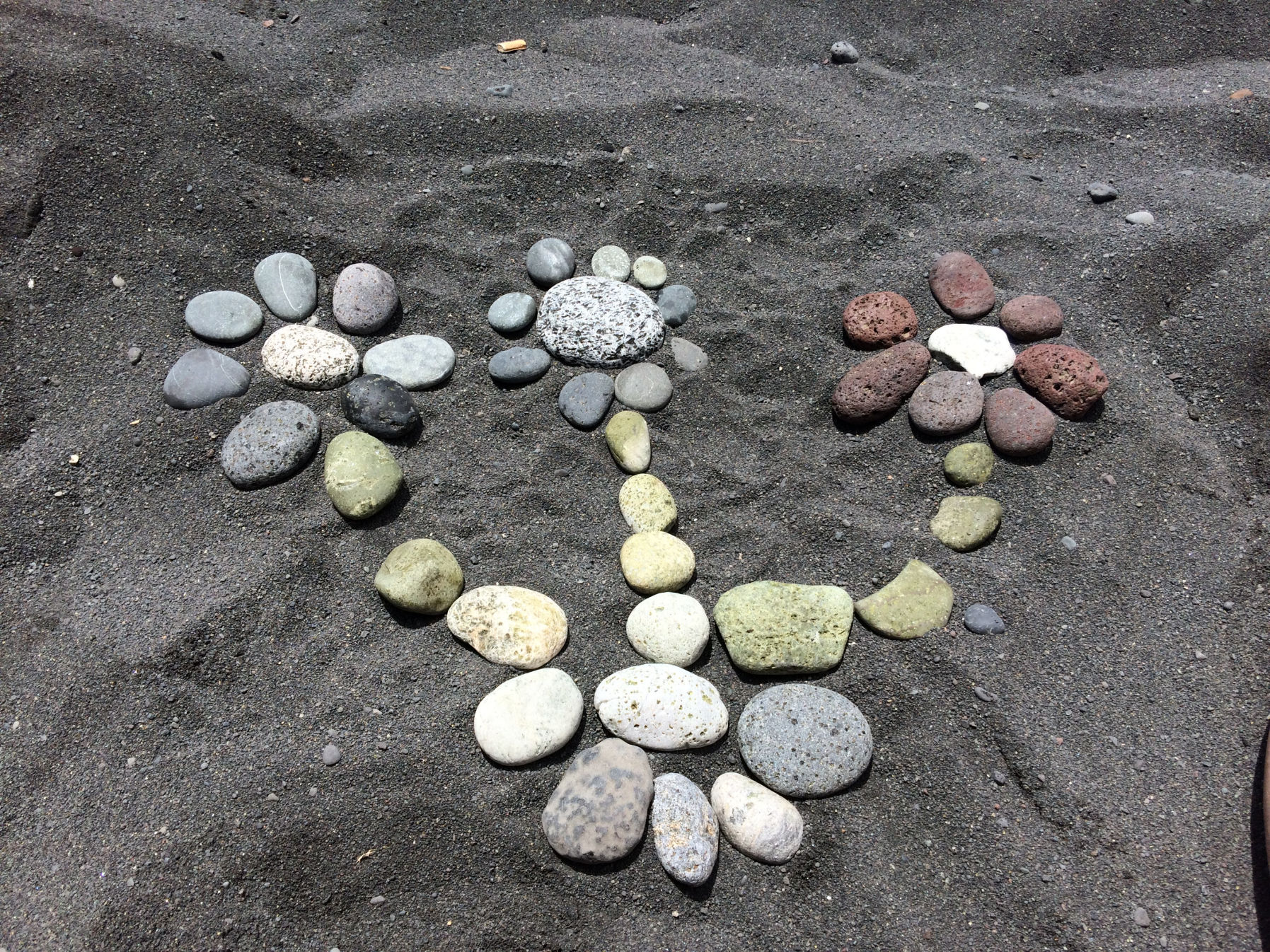 A selection of volcanic pebbles arranged ‘horticulturally’ on the black sand of the playa at Puerto Naos in safer times, four years back

Lava flows have destroyed roughly two thousand nine hundred homes and vast tracts of banana plantations. The road network has been badly disrupted, not just from the flows closing roads, but from deep ash deposits and from continuous earthquake activity causing landslides and rock falls all over the island. This eruption has lasted longer than almost all previously documented events on La Palma and has surprised people with its cycle of fading, but then vigorous re-activation. Currently, the volcano seems fairly quiet. Let’s hope this marks its final wind down, for the sake of the islanders.

So, for day 4 of Cathy’s week of flowers I would like to contribute a photo of one of the beautiful signature plants of the island, Tajinaste rosado, Echium wildpretii subsp. trichosiphon, which grows high on the sides of La Palma’s extinct volcano, the Caldera de Taburiente. The plant forms large rosettes of silvery leaves, which eventually send up tall spikes of bright pink/red flowers, although this subspecies can also produce plants with blue or white flowers. 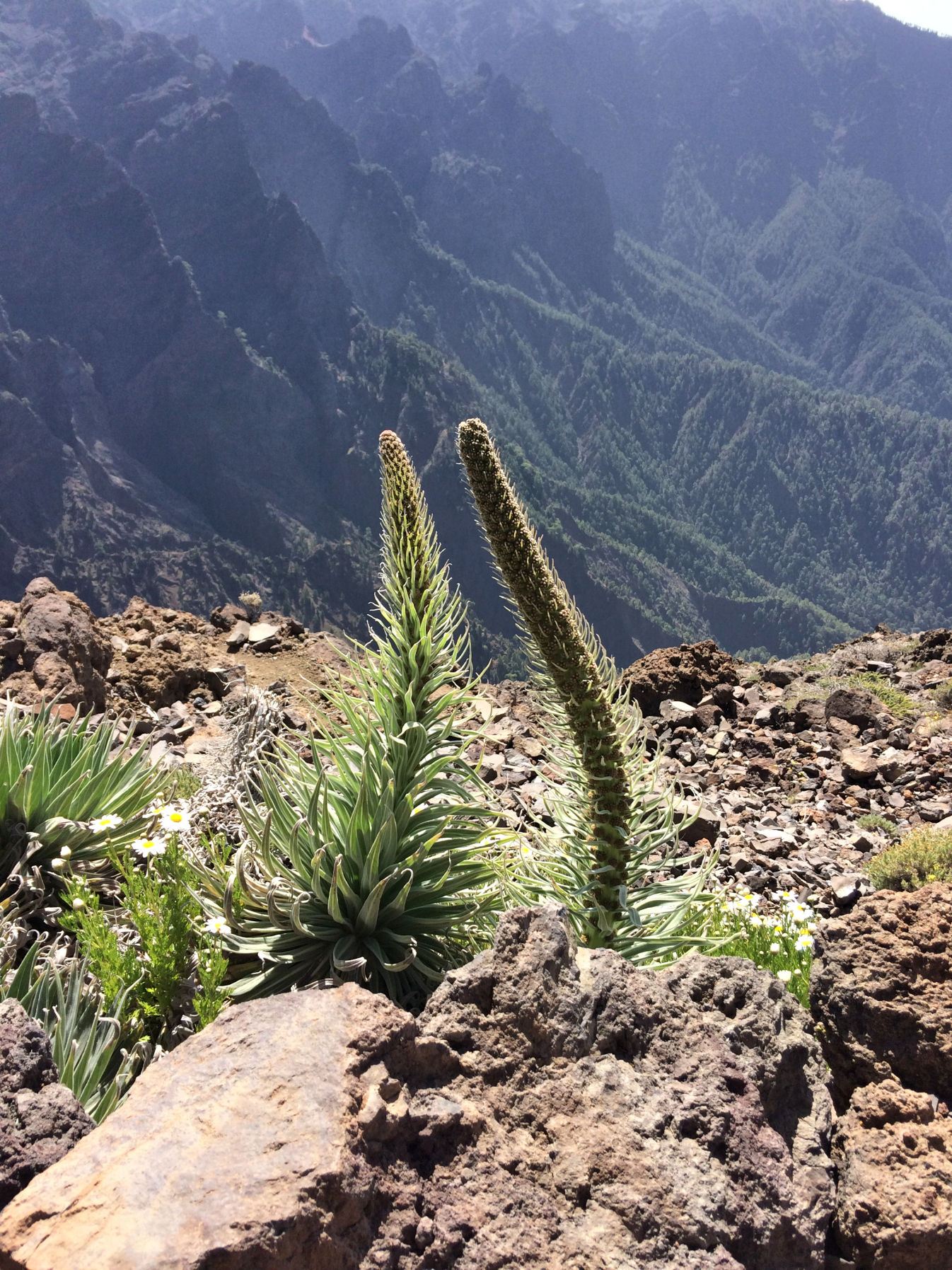 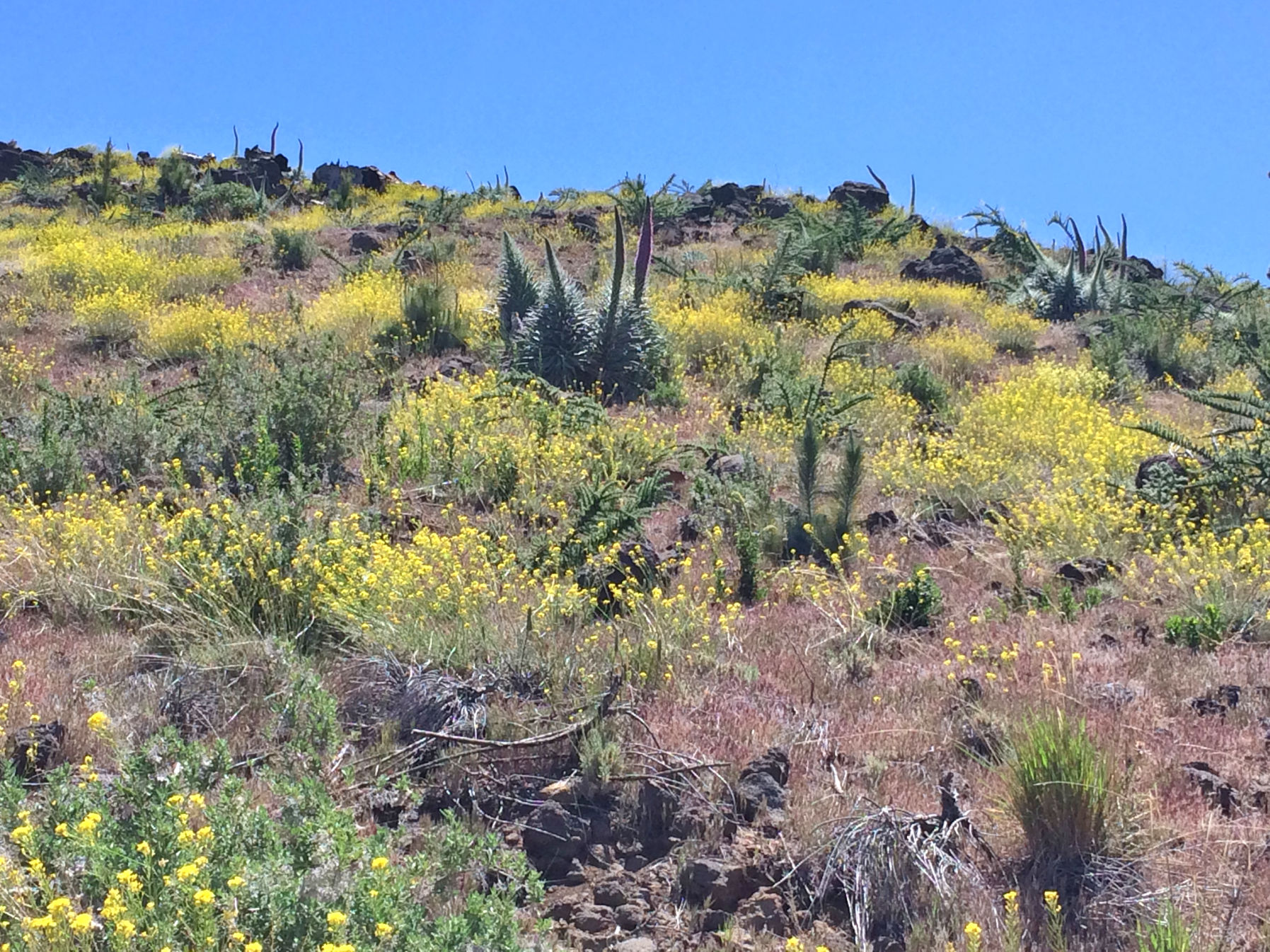 Meanwhile, if you are curious about what the new volcano on La Palma looks like, this is a screen grab from drone footage taken by Instituto Geológico y Minero de España on 30th November 2021. 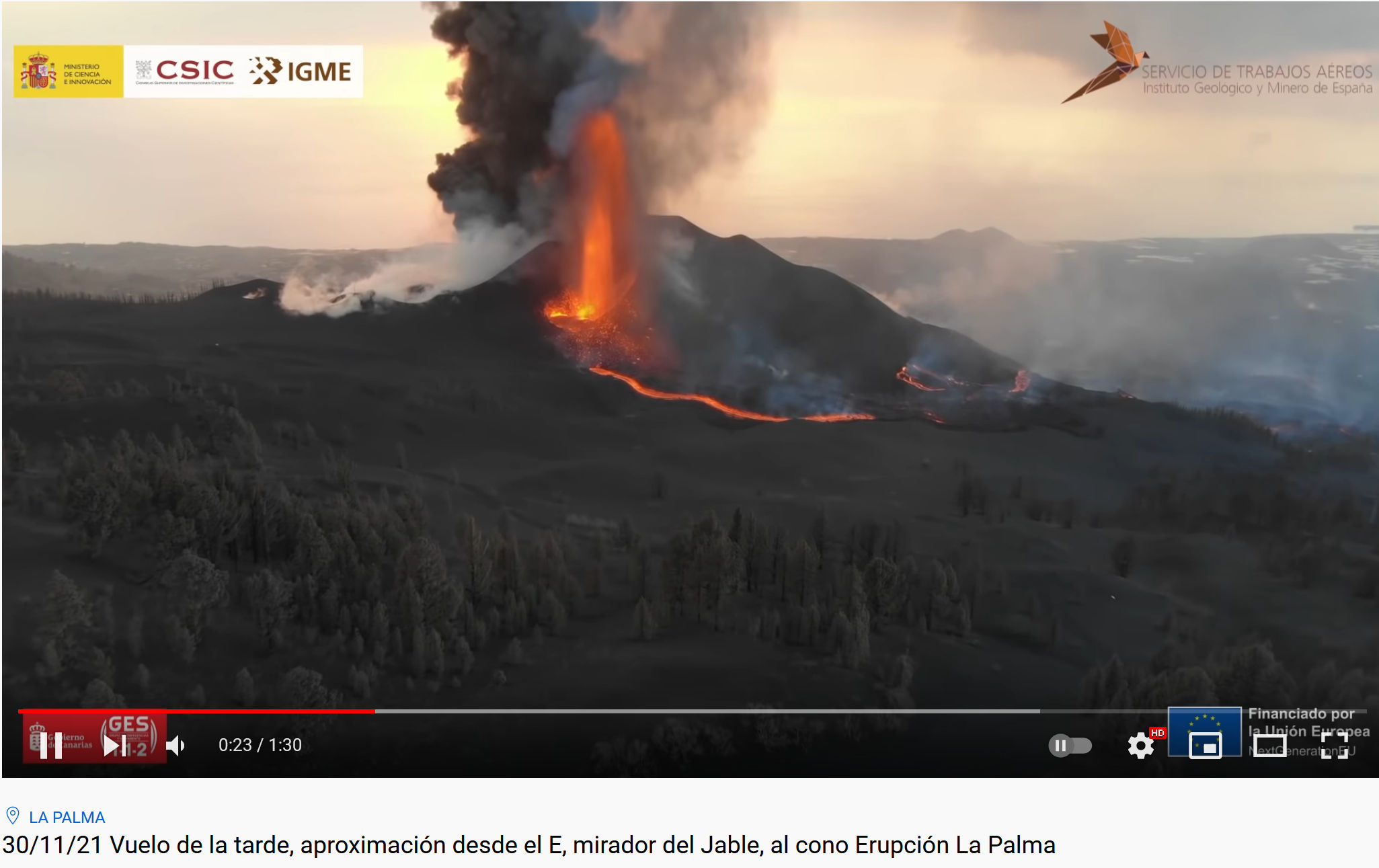 Have a good weekend folks!

Living in the damp middle of nowhere
View all posts by Frogend_dweller →
This entry was posted in Flowers, Out and about and tagged A week of flowers, cumbre vieja, La Caldera de Taburiente, La Palma, Tajinaste rosado, volcano, Wildflowers, wildpretii subsp. trichosiphon. Bookmark the permalink.